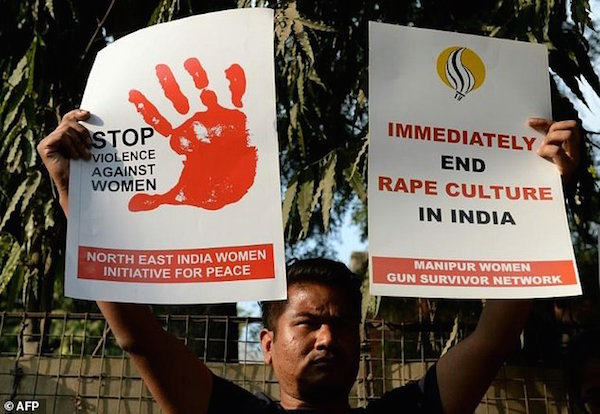 Rohtak – A panel of doctors is meeting to decide whether a 10-year-old who was raped by her stepfather should be allowed to have an abortion.

The girl, from Rohtak in northern India, is due to give birth in four months and was repeatedly raped by the man while her mother was out of the house.

Indian law does not allow terminations after 20 weeks unless doctors certify that the pregnant woman’s life is in danger.

The stepfather has been arrested and detained pending a full police investigation after the girl’s mother reported him to police, Rohtak police official Pankaj Nain told the BBC.

The child’s family are demanding that doctors from the Post-Graduate Institute of Medical Sciences allow the girl to undergo an abortion.

The girl’s mother suspected her daughter might be pregnant only last week and took her to a doctor.

Reports said the girl was often left at home when her mother went to work.

She told her mother that she had been repeatedly raped by her stepfather, who had warned her not to say anything.

It has been established that India’s Supreme Court has received several petitions from rape victims in recent months requesting terminations and each case has been referred to a panel of medical experts.

India has a gruesome record on rape, with close by New Delhi alone registering 2,199 rape cases in 2015, an average of six a day.

Nearly 40,000 rape cases are reported every year but the real number is thought to be much higher, with victims wary of how their complaints will be dealt with or the social stigma attached to sex crimes.