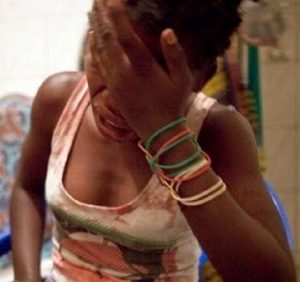 A 13-year-old girl allegedly raped by eight men including an Imam, is said to be five months pregnant with twins in Kubau Local Government, Kaduna State.

Head of Arridah Foundation, Hajiya Rabi Salisu told the News Agency of Nigeria (NAN) on Saturday in Kaduna that the case was brought to the organisation to assist the girl in getting justice.

She said that the foundation would mobilise support and follow up the case in court a�?until justice is done.”

NAN learnt that the Imam is a neighbour of the girl’s parents.

Rabi said: a�?We have received the case, and I must say in our years of advocacy during which we have treated over 400 cases of rape and child abuses, we have never come across this type of inhumanity.

a�?It is devastating to see eight men raping a 13-year-old. She is pregnant, she hasn’t even developed breasts at all and her parents are threatening to abort the twins to avert public embarrassment.

a�?The fact that the rapists are eight in number might even expose her to HIV/AID or sexually transmitted diseases and other dangerous infection as a result of forced sex.

a�?We need justice for this girl and that is why we need the support of Kaduna state government, all human right organizations and religious leaders to quickly intervene and bring succour to the poor child that is facing daily challenges.a�?

The father of the girl, Mu’azu Shittu, said he had already taken the case to Upper Sharia Court in Ikara.

According to him, he had contemplated abortion but was advised against it.

a�?She is too young to be carrying twins and there is no single one among the rapists that is ready to take responsibility for the pregnancy,” he lamented.

The girl said the men usually give her N500 and warned her not to tell anybody.

a�?They usually call and give me N500 when I came back from school and went out hawking; they forced me into it.

91 thoughts on “13-year-old girl allegedly raped by Imam, 7 others, says they threatened to kill her if she squealed”