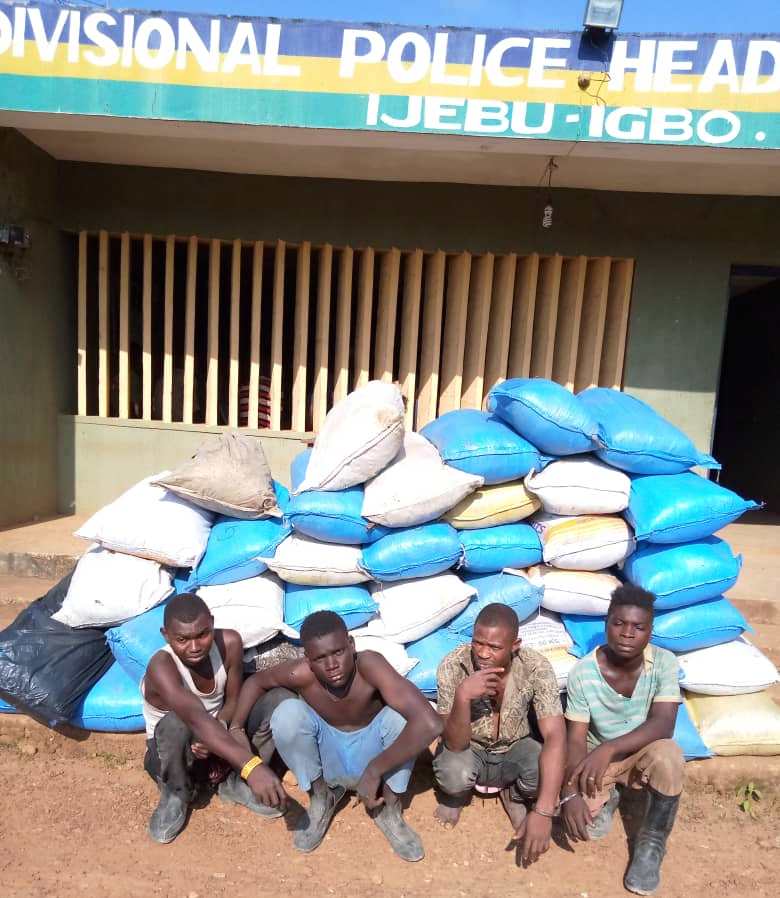 Men of Ogun State Police Command on Saturday arrested a 19-year-old boy, James Tiva and three others Anayor Okechukwu, John Chid and Felix Tehemeh with 42 bags of weeds suspected to be Indian hemp.

The suspects were arrested following an information received by the Divisional Police Office in charge of Ijebu Igbo police division that some cannabis farmers who have just harvested their illicit farm products were coming to pass through the town with the weeds.

The DPO, SP Kaseem Solotan quickly mobilized his men and headed straight to the forest where the suspects were said to be coming from.

The suspects were accosted on the road where four of them were apprehended with 42 bags containing weeds suspected to be Indian hemp.

The Police Public Relation Officer in the state, DSP Abimbola Oyeyemi told The Nigerian Voice that preliminary investigation revealed that the suspects have a large expanse of land inside the forest where the cannabis is being planted on yearly basis.

The commissioner of police cp Bashir makama has ordered the immediate transfer of the suspects to state criminal investigation and intelligence department for discreet investigation.

He also praised members of the public for their alertness and provision of necessary information that led to the arrest of the suspects.

PEPT: ‘You are a democracy destroyer; an incurable irritant’ – HURIWA tells Lai Mohammed:

Adeleke Finally Laid To Rest Amidst Tears In Hometown