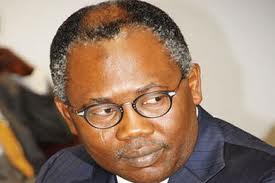 The High Court of the Federal Capital Territory in Jabi, Abuja on Wednesday, ordered the arrest of the immediate-past Attorney-General of the Federation, Mr. Mohammed Adoke, a former Minister of Petroleum Resources, Dan Etete, and four others.

The six are named in the charges filed by the Economic and Financial Crimes Commission in relation to the $2.1bn Malabu Oil scam.

Justice Danladi Senchi issued the arrest warrant against the suspects following an ex parte application by the EFCC.

Moving the application on Wednesday, the commission through its lawyer, Mr Aliyu Yusuf, informed the judge that it needed the arrest warrant to enable it to apprehend the suspects and bring them before the court for arraignment on the charges instituted against them since 2016.

Yusuf noted that apart from the charges pending in court, there were other two sets pending against them before the Federal High Court in Abuja.

According to the EFCC, the charges bordered on fraudulent allocation of the Oil Prospecting Licence 245 and money laundering involving the sum of about $1.2bn, forgery of bank documents, bribery and corruption.

The three companies are defendants in the charges pending before the Federal High Court in Abuja.

An operative of the EFCC, Mr. Ahmed Ibrahim, stated in an affidavit filed along with the anti-graft agency’s ex parte application had stated that the issuance of an arrest warrant against the defendants would enable them to liaise with International Police Organisation to ensure their arrest.

The affidavit stated, a�?That arraignment of the defendants in this case couldn’t take place because the 4th, 5th, 6th, 7th, 8th, and 9th defendants/respondents are at large and have refused to make themselves available.

a�?That all efforts to apprehend the fleeing defendants/respondents proved abortive.

a�?That in furtherance of efforts to apprehend the 4th, 5th, 6th, 7th, 8th, and 9th defendants/respondents, the EFCC contacted the Nigeria Police to assist in watch-listing them and facilitating their arrest.

a�?That the Nigeria Police in response requested detailed particulars and necessary process to enable them to liaise with INTERPOL, and other relevant sister organisations have insisted that in addition to having a pending charge before a competent court, there must be warrant of arrest to enable the organisations to apprehend the defendants.

a�?That granting this application will facilitate the required liaison with INTERPOL and ensure that the defendants/respondents are apprehended and produced before the court for their arraignment on the charges filed against them.a�?

We are working with Interpol for Etete, Adoke’s arrest.

On how it would facilitate the accused persons’ arrest, the acting spokesman for the anti-corruption agency, Tony Orilade, said the EFCC would collaborate with the Interpol to execute the arrest warrant issued against them

He said, a�?We are working with Interpol, we are collaborating with them to arrest the men. Remember the Interpol Secretary-General, Jurgen Stock, visited us yesterday (on Tuesday) and they have promised to work with us. We are also ready to work with them. We are relying on Interpol to get them (Etete and Adoke) for us.a�?

Apart from Etete and Adoke, the court also declared wanted Raph Wetzels, Casula Roberto, Pujato Stefeno and Burrato Sebastiano. They were meant to be arraigned before Justice Senchi to face charges related to the Malabu Oil scandal but failed to show up.

I only carried out presidential order a��Adoke

Later on Wednesday, an online news medium, TheCable, quoted Adoke as saying he would fight the order in court because he had already been cleared of any wrongdoing by a a�?competent court of law.a�?

He said, a�?The honourable judge was misled by the EFCC to grant the warrant. Justice Binta Nyako ruled in April 2018 that I was only carrying out a presidential order in the OPL 245/Malabu transaction and that I had no case to answer. That naturally ends the EFCC case against me but the agency has chosen this path and I will use all legal means to exonerate myself.a�?

The EFCC had alleged that about $1.2bn fraudulently exchanged hands in alleged shady transactions over the highly lucrative Nigerian oil well, Oil Prospecting Licence 245, said to have been originally offered to Malabu Oil and Gas Ltd. by the then Gen. Sani Abacha junta under controversial circumstances in 1998.

The EFCC on December 21, 2016, charged nine suspects, including Adoke (SAN), and others before the Federal High Court in Abuja with respect to the $1.1bn scam.

The anti-graft agency, in the case with charge number FHC/ABJ/CR/268/2016, accused Adoke of illegally transferring over $800m purportedly meant for the purchase of the OPL 245 to Etete, Malabu Oil& Gas Limited from a Federal Government account.

The charges read in part, a�?That you, Mohammed Bello Adoke (SAN), on or about August 10, 2011 in Abuja, within the jurisdiction of this honourable court, aided Dauzia Loya Etete (aka Dan Etete) and Malabu Oil & Gas Limited to commit the offence of money laundering by facilitating the payment of an aggregate sum of $801,540,000 only to Dauzia Loya Etete (aka Dan Etete) and Malabu Oil & Gas through the Federal Government of Nigeria Escrow account with number 41451493, IBAN GB 30CHAS609242411493 with JP Morgan Chase Bank in London, which you reasonably ought to have known represented the proceeds of an unlawful activity to wit: fraud, and thereby committed an offence contrary to Section 18 (a) of the Money Laundering (Prohibition) Act 2011 as amended in 2012 and punishable under Section 15 (3) of the same Act.a�?

Another case marked FHC/ABJ/CR/39/2017 instituted before the Federal High Court in Abuja on March 2, 2017 has Adoke and Abubakar (of AA Oil) as defendants.

The two defendants were accused of engaging in money laundering involving $2,267,400 in September 2013.

The third case filed before the FCT High Court with charge number CR/124/2017 has 11 defendants, including Adoke, Etete, Shell, Agip and Eni.

EFCC detains Ekweremadu over 22 properties in Nigeria and abroad