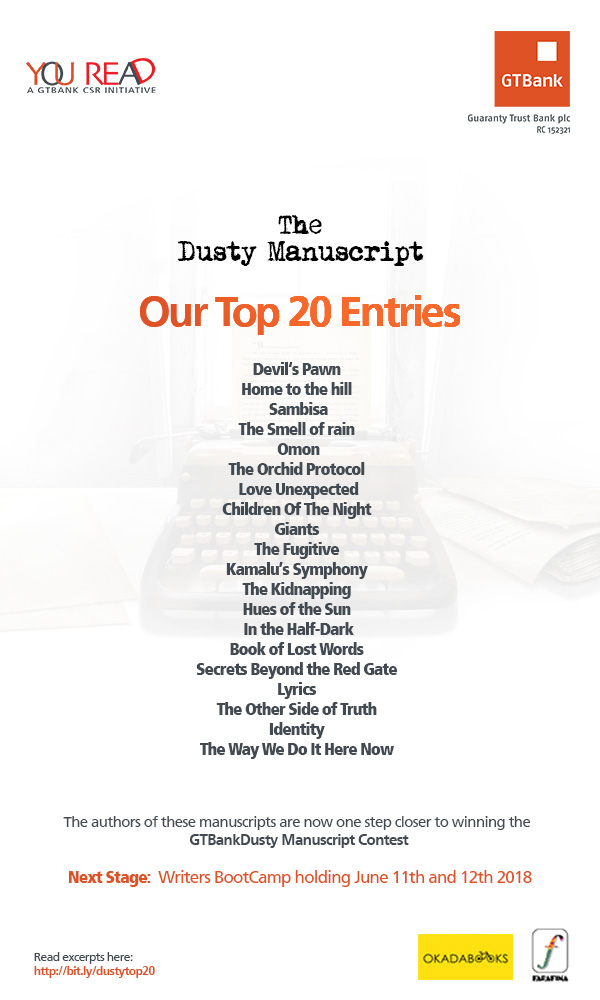 After spending several weeks poring over more than 1000 stories submitted for the Dusty Manuscript Contest, the judges of the competition have selected their top 20 entries.

The selected entries are:

Throughout the selection process, the judges were not made aware of the identities of contestants, and the authors of the 20 shortlisted entries will remain anonymous until the winner of the contest emerges.

The authors of the shortlisted manuscripts will now proceed to a 2-day Writers Boot Camp where they will interact with and learn from accomplished authors on the art and business of writing.

Organized in partnership with publishing houses Okadabooks and Farafina, The Dusty Manuscript Contest is part of GTBank’s YouREAD initiative, which is aimed at promoting the culture of reading and inspiring the next generation of award-winning and globally renowned authors.