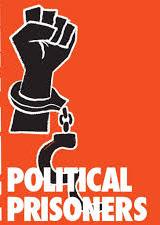 As Nigerians join billions of humanity globally to mark the beginning of the year 2018, Nigerians have been asked to blame the docility of both the National Assembly and the Judiciary for the executive lawlessness that resulted in the existence of many known and unknown prisoners of conscience in Nigeria.

A prominent Civil society and Non-Governmental organisation- HUMAN RIGHTS WRITERS ASSOCIATION OF NIGERIA (HURIWA) made this assertion in a New Year message to Nigerians even as it condemned the Presidency and the office of the Federal Attorney General and Minister of Justice headed by the Kebbi state born politician Alhaji Abubakar Malami for the gross abuses of the constitutional liberties of hundreds of citizens detained extralegally by the Department of State services (DSS); Economic and Financial Crimes Commission (EFCC) and the notoriously incompetent Nigeria Police Force.

HURIWA also decried the extremely high rate of extralegal executions of suspects by members of the armed security forces just as it has called for wide ranging actions to ensure that all those operatives responsible for the wide ranging cases of extralegal killings are brought to justice.

HURIWA said every year atleast 3000 suspects are killed by security forces through extra judicial means. The group condemned the reinstatement of an assistant commissioner of Police in Abuja who led the armed squad that wasted 6 young Nigerian traders based in Apo Abuja after a charade of a judgment by the chief judge of FCT Mr Ishaq Bello.

HURIWA in the media statement endorsed jointly by the National Coordinator Comrade Emmanuel Onwubiko and the National Media Affairs Director Miss Zainab Yusuf, said it was shameful that citizens are hauled into dungeons called detention centers by supposed law enforcement agencies even against extant judicial pronouncements through constitutionally binding Court orders recognised under various statutes and section 6 of the Constitution of the Federal Republic of Nigeria of 1999 (as amended).

The group said the notoriety of the DSS in carrying out arbitrary arrests and extralegal detentions has become increasingly phenomenal.

Citing the cases of the erstwhile National Security Adviser to the President Colonel Sambo Dasuki; the leader of the Islamic Movement of Nigeria Sheikh Ibrahim Elzakzakky and his wife; and the numerous alleged detainees being kept in the underground dungeons of different security forces including Army; DSS; SARS of the Nigerian Police Force and the Economic and Financial Crimes Commission (EFCC), the group blamed the lacklustre approach to their respective constitutionally guaranteed checks and balances by both the National Assembly and the Judiciary for these persistently perennial violations of human Rights and constitutional norms. The group said that obedience to binding court orders is the kernel of constitutional democracy and wondered why such a government could be rewarded with a seat at the United Nations Human Rights Council as was the case during a recent election at the United Nations.

HURIWA said it was unimaginable that the nation’s judiciary did not stage symbolic protest or embark on a strike action to demonstrate her disdain for the brazen violations of the Court orders as displayed by the President Muhammadu Buhari’s administration just as the Rights group said the National Assembly which enjoys the powers of constitutional impeachment of a misbehaving head of the Executive branch of government has pandered to the partisan whims and capricious overbearing influences of the Executive branch of government and allowed the sanctity of the Nigerian Constitution to be desecrated by the President through the wanton disobedience of validly issued orders of higher competent Courts of law. It therefore asked these bodies to embrace her constitutional powers or watch as constitutional democracy collapses under the tyranny of a power-drunk Presidency.

HURIWA also carpeted the deliberately weakened national institutions such as the National Human Rights Commission; Public Complaints Commission for sleeping on duty whilst the fundamental human rights of Nigerians guaranteed under the constitution are flagrantly violated with shocking speed by the operators of the Executive Arm of government headed by President Muhammadu Buhari. HURIWA also lamented the abysmal human right situations in some states of the country whereby the state houses of assembly are in the pockets of the all powerful but corrupt minded governors.

HURIWA also stated that President Muhammadu Buhari has consistently watched as the security forces unleashed violence including emotional, psychological and physical tortures on civilians even as he was the principal that directed the recently concluded operation python dance two in the South East of Nigeria in which an undetermined number of casualties were recorded by Non Governmental groups even as the same President has done nothing to check the infighting between the Economic and Financial Crimes Commission versus the Department of State services; National Intelligence agency and the office of the Federal Attorney General.

HURIWA also challenged the Nigerian military to allow unfettered monitoring by groups and the media of the human right situations of theatres of counter terror war in the North East of Nigeria.

The Rights group has therefore charged both the National Assembly and the Judiciary to sit up and become vigilant to safeguard the constitutional independence of their institutions by adopting measures to compel obedience of court orders by the Executive branch of government at both the National and State levels.

HURIWA has also called for the physical audits of all detention centres administered by all the law enforcement agencies by the National Assembly; the National Judicial Council and the National Human Rights Commission so as to take proper inventory of the identities of all the detainees, their legal Status so as to quicken the dispensation of justice and to eliminate the high rate of disappearances by Nigerians after being arrested by the security forces for unspecified offences. Also, the Rights group has for the umpteenth time called for the unconditional releases of all prisoners of conscience in the country now including erstwhile National Security Adviser Colonel Sambo Dasuki and the leader of Shiites Islamic movement- ElZaczacky and his wife.