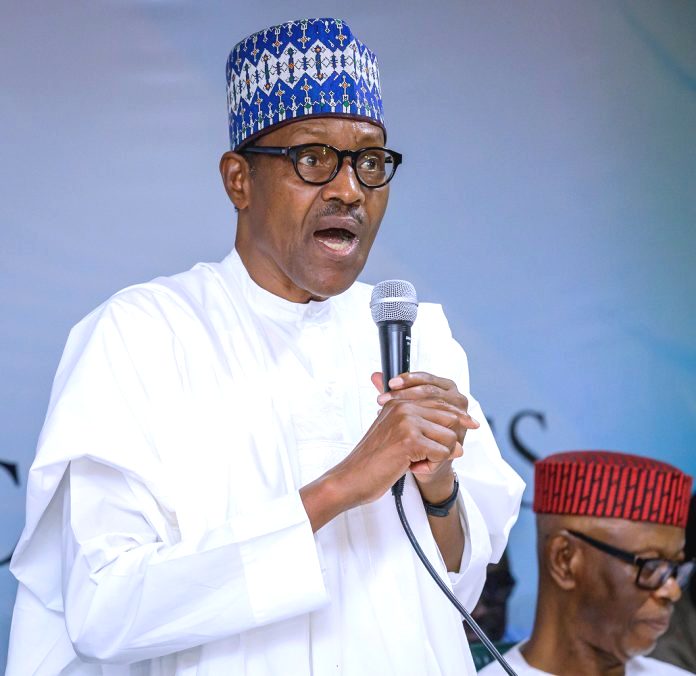 All the 24 APC State Governors in Nigeria have given President Muhammadu Buhari automatic ticket to recontest the 2019// presidential election as a consensus candidate.

The Chairman of the APC State Governors Forum, Governor Rochas Okorocha of Imo announced the position of the APC state governors at the State House while fielding questions with journalists immediately after a closed door meeting with the President on Tuesday night at the Presidential villa, Abuja..

It will be recalled that President Buhari had earlier at the last National Executive Committee (NEC) meeting of the APC declared his intention to run for second term in 2019.

Okorocha said that the APC state governors communicated their support for the Presidenta��s reelection bid at the meeting.

a�?We came to welcome him back and to commend him for his boldness and courage to declare his intention to run for second term as President of the Federal Republic of Nigeria, which we the 24 governors of the APC duly support.

a�?And we have come to encourage him that he must go ahead with his vision to rescue Nigeria from its present challenges,a�? he said.

He added that the meeting also addressed the forthcoming convention and congresses in order to make it a hitch free exercise.

The chairman said also that the president and the state governors have resolved to produce a strong national party chairman that could deliver dependable and reliable results for the party in the forthcoming general election.

He further said that a�?we also agreed that we will not allow the issue of many contestants to destroy our party.a�?

Chief Okorocha also debunked the rumour making the round that the meeting was also convened to endorse former state governor of Edo state , Comrade Adams Oshiomole as the next APC National Chairman.

He however disclosed that the state governors would soon make their stance known on the subject matter, adding that, the a�?public will be duly briefed on the matter in due course”.

Similarly, the Secretary to the Government of the Federation (SFGN), Justice Boss Mustapha, who was part of the meeting, also said that the new leadership of the APC from the ward, local government, state and national levels might emerge through consensus.

Those who attended the meeting include Vice President Yemi Osinbajo and Chief of Staff to the President, Alhaji Abba Kyari.