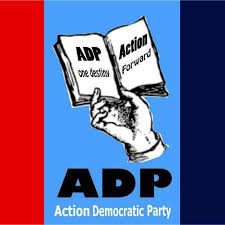 The Action Democratic Party (ADP) has labeled those who have endorsed President Buhari for a second term, as insensitive; saying they are sycophants, that majority of Nigerians no longer need the service of the President after 2019.

This was contained in a statement issued to newsmen by the ADP Lagos Spokesman, Prince Adelaja Adeoye in Lagos on Tuesday at its state Secretariat. Adelaja said Nigerians must avoid playing into the hands of some sycophants and praise singers encouraging Buhari that all is well and that he can run again.

The party said, despite the wanton killings and destruction of lives and property in many parts of the country, the unending queues at fuel stations, the loss of almost seventeen million jobs according to the National Bureau of Statistics (NBS) and consequently the excruciating effect of poverty, some callous individuals loitering around the seat of power are working tirelessly to foist on the people, a man who has clearly failed in every area of governance; a man who has plunged the country into social and economic catastrophe.

ADP said Nigerians must not be cowed into submission via their media propaganda, stating that Buhari is no longer popular in Nigeria. The party said that even in the North, Buharia��s popularity has dropped massively because of the poverty, pain and anguish that he has subjected the people to.

ADP said it is disheartening that despite the killings in Igbo land and the clear marginalization complained by its people, some selfish politicians who called themselves APC leaders are asking for a second term for Buhari, ADP wonders what would be their campaign manifesto for Buhari in the region. The party argues that for those seven governors who had earlier endorsed him, it was clear that they were seeking for political survival come 2019.

The party however asks Nigerians to be wary of the lies they used in 2015 to bamboozle them, with some of such remarks making a return in statements like “Daura Youths Promise to Buy Nomination Form for Buhari.” The party says that Nigerians are now wiser.

ADP said Buhari must heed to the voice of reasoning now that the ovation is still loud, that even his wife, children and former colleague in the army has come out to openly ask him not to run in 2019.

The party has urged those who are endorsing the president to rather start making preparations in order to help him pack his belongings back to Daura when he is defeated by the collective will of Nigerians in 2019 should he refuse to heed warnings because his government has clearly failed to live up to expectations.

US Activates Travel Ban On Nigeria And 5 Other Countries