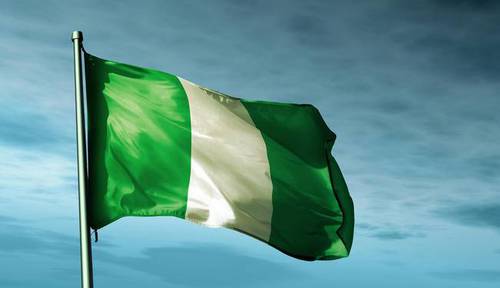 The sorrow in the land is becoming too palpable; the tears are flowing endlessly; hardship has become the hallmark of the nation and tyranny has become the signature of government. Nigerians, rather than pray for a good day pray for the prevention of a bad one, everyday, as there is hardly any day that passes without the news of needless bloodshed in one part of the country or another perpetuated by criminal groups allegedly under the infamous tag of Fulani herdsmen terrorists.

If it was just the ineptitude and outright failure of government, Nigerians would probably have endured, but when the situation graduates from government exhibiting weakness to it condoning the wickedness of a murderous lot by constantly explaining away their genocidal acts and endlessly making excuses for them without any conscientious attempt to disarm, arrest and prosecute them, thereby leaving the people open to further attacks that are also beginning to spread to otherwise peaceful states like Sokoto, the people look unto men and women of goodwill and exceptional courage who are above the filthy reward for sycophancy and who cannot be swayed by blind loyalty to such primordial considerations as ethnic affinity, political affiliation, religious consideration et al even if it means confronting the powers that be at the risk of endangerment to their personal liberty, safety, comfort and convenience.

It is these earnest expectations from the ordinary Nigerian who appears helpless and irredeemably hopeless in the dire situation that have compelled good compassion-driven Nigerians to shed every atom of differences between them and come together to join forces to rescue the nation from its continued unchecked descent into anarchy and anomie.

With the enormous wealth and all our nation’s security architecture including the military and police under the direct and unfettered control of the federal government, and the steely determination of the cabal in Aso Rock to hold on to power beyond 2019, thereby elongating the hardship of Nigerians and probably lead the country into avoidable implosion, it would be foolhardy for Nigerians of good conscience from all walks of life not to bury their differences and come together to form a force that is capable of saving Nigeria and Nigerians from the stranglehold of those holding her down and further tearing her into smithereens.

While few might erroneously conclude that the coalition has only been formed just for the sake of grabbing power for its sake, such people have allowed the altruistic import of the reason for the coalition to elude them. This is because far beyond power, if the current APC-led federal government had only failed in the management of the nation’s economy, embarked on a lopsided anti-corruption onslaught, descend with vindictiveness upon political opposition members and those with dissenting voices, ridicule our judiciary and constitution by selectively obeying court orders among other acts of flagrant disregard for the rule of law, holding institutions of state particularly the legislature in odious disdain among other serious infractions, Nigerians would not have been so dissatisfied. But when a government fails, neglects and or refuses to carry out its primary responsibility of protecting lives and property of the citizens especially when the rampaging terrorists have not hidden their identities or intent and even boast of causing more bloodshed and still goes ahead to do it unchallenged, citizens are left with no choice but to do everything within the law to oust such a rudderless government.

For standing against tyranny, fighting for the people and upholding the sanctity of our institutions, these people and many more Nigerians have suffered undue harassment, intimidation, dragged before the courts on trumped up charges for which many have been discharged and acquitted and tear gassed unnecessarily; the judiciary attacked, the legislature maligned and the ordinary citizens killed, with even apex religious organizations like the Christian Association of Nigeria, CAN, subjected to all manner of insults and abuse by the presidency, it was time to take the battle for the soul of Nigeria to the next level.

The coming of CUPP is a relief to many Nigerians who had wondered where, with all the intimidation and persecution of political opponents and human rights activists, their help would come from? With the formidable set up of the APC, almost everyone knew that it would be difficult, if not impossible, to uproot the party at the 2019 general elections. But with the coalition of July 9, hope for a new Nigeria beckons, the journey from Egypt to the Promised Land has begun and there is optimism in the horizon. It is a fulfillment of scripture that “Though darkness may endure for the night, joy comes in the morning”.

However, the formation of the coalition is just a step in the many needed to be taken in the rescue mission. Apart from the need for all stakeholders to stay true to the goals and ideals of the coalition, shunning every form of selfishness or inordinate ambition that might scuttle it, they must also watch out for fifth columnists that might be planted among them to destabilize the arrangement. They must learn from the PDP/Alli Modu Sheriff saga and be on their guard. This is not the time to be caught unawares. The hope of many Nigerians, millions of whom have been dislocated from their ancestral lands, chased away from their farmlands which served as their only sources of livelihood, endured the humiliation of being raped while their children are hacked to death in the most inhuman manner, and watching the perpetrators walk the streets freely, hang on the success of this coalition. They cannot afford to have this little glimmer of hope disappear into the thin air of a broken alliance. It must succeed!

Just like the chairman of the R-APC, Buba Galadima, said after the coalition was consummated, “They (presidency) are thinking of setting aside public money which they accused others of using during elections for this purpose (APC to remain in power)…they might use the big stick because you know a desperate person can do anything. He can kill if he has power, he can arrest and detain but whichever one they choose, we are prepared to lay down our lives to save our nation”.

The Plight of Nigerian workers, ‘Corps members’ and the minimum wage conundrum

17 thoughts on “2019: Coalition as Exit Door to Tyranny, Ineptitude, Hardship and Sorrow”