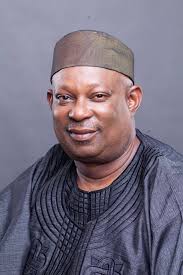 Nigerians have been urged to be extra vigilant during the 2019 general elections to ensure that the people’s wishes are not subverted.

Okubor, a former Chief of Staff to the state government, exonerated the National Assembly from the issues generated by the non-assented bill, and put the blame squarely at the door steps of the President and the All Progressive Congress (APC).

Speaking in Asaba during an interactive session with members of the Correspondents' Chapel of the Nigerian Union of Journalists (NUJ), Delta State council, Okubor, opined that the President and his party were not interested in credible elections come 2019, noting that the excuses put forward by Buhari for withholding his assent were unfortunate.

“The excuses that I have read are most unfortunate, very unfortunate. What it tells me is that we have a government that is not interested in credible elections which is something to worry everyone at this point in time.

“For me, what the president has done is a call on all Nigerians to be extremely vigilant and proactive to ensure that whether he likes it or not, Nigeria must hold credible elections next year. Votes must count and we don't have to go up in arms to ensure that the result that will be declared will reflect the wishes of the people.

“Look, what is obvious is that he (Buhari) has no interest in credible elections that is my own opinion. Every time the military said they were going to re-introduce democratic practice, there was always jubilation in the land. Nigerians love democracy, we want democracy, and nobody should under estimate the desire of the average Nigerian to have credible election”, he said.

Dr. Okubor condemned vote buying in whatever guise, and called on voters to value themselves and value their votes, observing that the crusade against vote buying must be collective in order to stem the tide.

According to him, “The cost of a person's vote is the value of his own life, and if his life is invaluable, nothing should make him sell his vote because therein lies the power for us to achieve a great country or for us to continue to wallow on the path of mediocrity”.