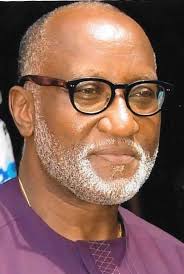 As the 2019 general elections draw near, questions have been asked of the ability of the Independent National Electoral Commission (INEC) to conduct free, fair and credible elections. This is even as the Chairman of Atiku/Obi Campaign Council in Anambra State, Mr. Oseloka H. Obaze, says he is doubtful of INEC's ability to remain a neutral umpire.

According to him, “INEC has a very recent track record that makes it impossible for my party or any other party, and indeed for Nigerians to say that they have implicit confidence in the ability of INEC to deliver free, fair, transparent and sufficiently credibile elections in 2019.

Obaze said the strength of the government, in any established democracy, derives from public confidence in statutory institutions which INEC is one. He called on the electoral umpire to live above the fray and ensure that the votes of Nigerians truly counts in the coming elections.

Obaze, also the candidate of the PDP in the Anambra 2017 governorship election, faulted President Muhammadu Buhari's refusal to assent the amended electoral act.

Obaze opined that, “Amina Zakari has been flagged for a potential conflict of interest. It will serve collective good if she recuses herself or be made to do so in the National interest.”

When asked about his party’s chances in the coming elections, Obaze said that the incumbent administration's abysmal performance in office has bolstered the chances of the PDP at the polls. He said Nigerians are hungry under this present administration and are rallying behind PDP’s Atiku-Obi ticket which they have come to see as a credible alternative. He however warned INEC to ensure that the coming elections are not rigged.

Govt. should partner with NAHCON, NCPC on holy trips