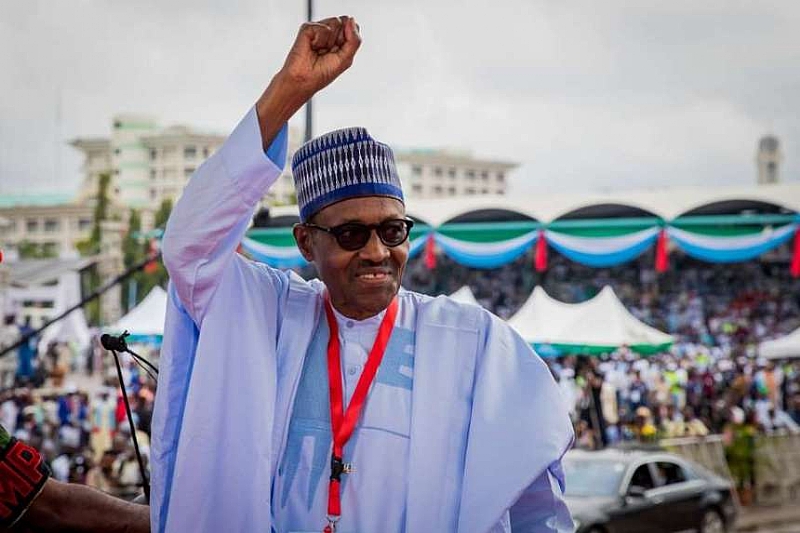 The donation was announced Wednesday night during a Gala Night organised by beneficiaries of the government’s Anchor Borrowers Programme which held at the old Banquet Hall of the Presidential Villa, Abuja.

The two groups said President Muhammadu Buhari has changed the fortunes of the agriculture sector by bringing unprecedented change which has empowered them.

Announcing the donation of N1.2 billion on behalf of rice farmers, the president of RIFAN, Aminu Goronyo, said apart from the increasing progress in the sector, the president’s policies have also resulted in savings of billions of naira for the country.

Alhaji Aminu said RIFAN has a membership of about 12.2 million and that each member will donate N100 to the campaign which translates to N1.2 billion noting that, more fertilisers were made available to them easily in the last three yearswhile all these achievements are from your commitments and favorable policies to agriculture.

The president of Fertilisers Producers and Supplies Association of Nigeria, Thomas Etuh, said N120 billion was saved in two years from fertiliser subsidy.

Mr. Thomas further announced that FEPSAN was contributing N570 million for the re-election bid of the president.

Buhari thanked them for the gesture and said statistics from the National Bureau of Statistics (NBS) have confirmed that his administration’s policies are yielding results which he inherited “ from a broken system in the agricultural sector in 2015.”

“Seeing your faces and hearing your stories give me hope. Today, we are on track to achieving an all-inclusive economy.”

The Central Bank of Nigeria, (CBN) Governor, Mr. Godwin Emefiele, said the Anchor Borrowers programme launched on November 17, 2015, has resulted in the saving of $800 million.

Mr Godwin said import bills before the introduction of the programme was as high as N1.4 trillion annually. He said the anchor borrowers programme has been creating jobs and wealth for the teeming population.

The CBN Governor noted that 2.5 million jobs have been created from rice farming alone, stressing that, the anchor borrowers programme of the Buhari administration is the most successful anchor programme in Africa and It has raised the standard of our farmers.

The Minister of Agriculture, Chief Audu Ogbeh, said the programme “has moved Nigeria up the ladder of rice producers in Africa.”

While the Kebbi State Governor, Atiku Bagudu, who is also the Vice Chairman of the National Food Security Council, noted that the president has shown unprecedented commitments to agriculture development in Nigeria.

The Governor thanked the president for setting up the council. He said Nigeria is on the path of taking on the world.

Others include the APC National Chairman, Adams Oshiomhole; Secretary to the Government of the Federation (SGF), Boss Mustapha; Chief of Staff to the President, (COS), Abba Kyari, among others