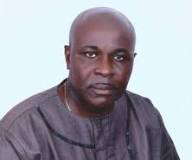 By the time Nigeria conducts its elections in February and March next year, it will be almost 20 years since its current experiment with liberal democracy – the longest period the country has been under a civilian rule since gaining flag independence from the British in 1960. As we inch towards 2019, growing apprehensions sit side-by-side with growing optimism. For the optimists, just as no sensible person judges a weather only by its inclement side, no right-thinking member of the society should judge our experiment with liberal democracy only by its flaws. The optimists will remind us of former British Prime Minister Winston Churchill’s famous speech in the House of Commons on November 11 1947 where he declared: “Many forms of Government have been tried, and will be tried in this world of sin and woe. No one pretends that democracy is perfect or all-wise. Indeed it has been said that democracy is the worst form of Government except for all those other forms that have been tried from time to time…” The optimists will also remind us of 2015 – arguably the Alleluia moment of Nigerian democracy – when a sitting president was routed at the polls and he conceded defeat – even before the total votes were counted. For the optimists, the relevant question is whether Nigeria’s democracy has irreversibly turned the corner, and has entered the phase of democratic consolidation.

The cautionary voices (I will not want to call them ‘pessimists’ because such will be too negative) worry about the possibility of democratic reversals. They will remind us that the democratic space can contract (suffer reversals) just as it can expand (such as when new freedoms are won or old ones are successfully defended against anti-democratic forces). This group will roll out numerous threats to the current democracy, especially threats from institutions of the state – the Independent National Electoral Commission (INEC), security forces and the Economic and Financial Crimes Commission in particular.

Let me mention that Nigeria is what some political scientists will call a ‘democratizing’ society (rather than a democracy). Some call it ‘societies in transition’. Features of a ‘democratizing society’ include the retention of authoritarian impulses by the citizens (there is often a hidden nostalgia for aspects of the authoritarianism of the past such as admiration of ‘warriors’ and ‘strong men’ who can bark orders); the structures of conflicts are often aggravated in the short to medium terms (because the freedom of speech guarantees embedded in liberal democracy unleashes many bottled up feelings from several groups simultaneously) and the institutions in such societies are weak and subordinated to strong men that captured state power. Largely because of the latter, most democratizing societies are also ‘banana republics’. In ‘banana republics’, the struggle for political power is anarchic and a do-or-die affair because state power is the major means of production, distribution and exchange. It is also the most veritable instrument for material accumulation and the dispensation of privileges. Not only is such a society low-trust, critical institutions of the state (INEC, the security agencies and the EFCC in particular), whose officials are often appointed by the government, are especially distrusted by the opposition. These institutions can also be captured by cleavages (‘cabal’) within the ruling party such that they can also be used to settle intra-elite struggles within the party in government.

As we approach 2019, how do we ensure that we do not suffer serious reversals in our democratic experiments? Let us cast our minds back to what happened in the recent past:

INEC under Professor Maurice Iwu was just a shambles: victories were sometimes awarded to people who did not even contest elections. In Anambra State for example, Chris Uba, a self-styled god father, openly confessed to rigging the election that produced Dr Chris Ngige as Anambra State Governor. Dr Ngige was later kidnapped – apparently with the connivance of state security agency. Under Nuhu Ribadu, the EFCC was simply an attack dog of the government. For instance, in 2007 Theodore Orji, who was then chief of staff to Governor Orji Uzo Kalu of Abia State (who had fallen out with President Obasanjo) and who was the Governorship candidate of the Progressive Parties Alliance (sponsored and promoted by Orji Uzo Kalu) was clamped into detention by the EFCC from where he won the election. Again the EFCC induced kangaroo impeachments of a number of Governors in the ‘black book’ of the government – Joshua Dariye in Plateau State, Rashidi Ladoja in Oyo State, Peter Obi in Anambra State and Peter Ayodele Fayose in Ekiti State. Ribadu’s strategy was simple: he would order the arrest of enough number of ‘troublesome’ lawmakers, often in a coercive manner, to pave the way for the ‘friendly’ lawmakers to do the dirty job. I regard EFCC under Nuhu Ribadu as an anti-democratic force, that did all it could to undermine the democratic process.

While our democracy has survived this far, there are still some atavistic and centrifugal tendencies that call for vigilance: For instance, not long ago, Lawal Daura was relieved of his job as the DG of the Department of State Security Service (DSS) for organizing a siege at the premises of the National Assembly – ostensibly to help effect leadership change at the National Assembly. During the recently concluded governorship election in Osun State, the Police declared Ademola Adeleke, the PDP Governorship candidate wanted and were said to be on the verge of arresting him for alleged examination malpractice until the intervention of the President. In fact that the President had to intervene to enable Adeleke contest the election was itself a testament to the non-independence of the Police in their operations.

In Zamfara State, a recent press release by a civil society group known as the Zamfara Unity Forum called on President Muhammadu Buhari to warn the Economic and Financial Crimes Commission (EFCC) to steer clear of the politics of the state in order to avert a major crisis. The group claimed that the EFCC, working in cahoots with some politicians in the State, clamped into detention Malam Daudu Lawal – the APC’s consensus Governorship candidate for the state, which INEC has refused to recognize. The group claimed that the aim of the detention was to intimidate Lawal into dropping out of the governorship race in the state. The point here is not whether the EFCC has good grounds for detaining Malam Daudu Lawal or not but the timing, which seems to exacerbate the distrust of opposition parties and (and opposition tendencies within the same party).

The perception that state institutions are becoming openly biased is not limited to Zamfara State. For instance when Alhaji Atiku Abubakar returned from Dubai, after emerging as the presidential candidate of the PDP, it was widely reported that hordes of EFCC operatives searched his aircraft at the airport in a manner that suggested intimidation. It was also widely reported that the anti-graft agency froze the bank accounts of Peter Obi- the PDP’s Vice Presidential candidate. The EFCC has since denied this. The EFCC also denied allegations that it raided the home of one of Atiku’s sons and claimed it only searched the house where the son of a former Governor of Abia State, Senator Theodore Orji, resides. Only recently, the Acting Chairman of EFCC, Ibrahim Magu, was quoted as saying that all candidates for the next year’s election who are being investigated by the Commission would be dragged to court before the polls. Some believe this was a warning that the EFCC would play in the run up to the 2019 elections the sort of inglorious roles it played in the country’s election process under Nuhu Ribadu.

As we discuss on how to conduct free and fair elections, and how to prevent election violence (before, during and after the elections), it is also important that such conversations extend to how to rein in some critical institutions of the state. Certainly we will be courting crisis if key state institutions do not go the extra mile to allay fears and suspicions of partisanship. It is important that confidence building measures around these institutions are put in place. For instance, it may be worth considering ‘limited immunity’ for all candidates in the elections. Under this scenario, the EFCC and the police will restrain themselves from arresting candidates for political offices, suspected of certain level of offences, from the time the ban on politics is lifted to about one month after the election is concluded. This will be one way of managing the optics of its avowed neutrality and non-partisanship.

Free Speech and Consequences, DSS, President Buhari, Seed of Unity and the tenets of Democracy in Nigeria

Buhari’s Report-Card and the Esama hypothesis

11 thoughts on “2019: Opposition versus state institutions”