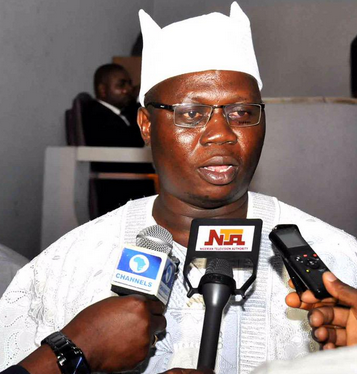 As the 2019 presidential election is fast approaching, the Oodua Peoples Congress, OPC New Era has urged Yorubas to speak with one voice and go same direction to vote for a presidential candidate that will represent the interest of Yoruba people.

The group in a press release signed by its spokesman, Comrade Adeshina Akinpelu and made available to journalists said that it will be in the best interest of Yoruba people to speak with one voice and go same direction to vote for a presidential candidate that will best represent the interest of the race. “It’s very unfortunate that Yorubas, especially its leaders are not speaking in one voice, not to talk of going the same direction. The crop of Yoruba leaders we have around today are individuals who are consumed by greed, pride and ego. These are people responsible for the problems facing Yorubas now. They are ready to sacrifice the race on the altar of politics. It is such a shame that none of them can truly be called a leader because of their antecedents.”

Akinpelu added that the 2019 presidential election is yet another avenue for the Yoruba leaders to salvage their tainted names by speaking with one voice and go same direction to elect a president that will protect the interest of the race. “To say Yorubas have been cheated in the scheme of things in Nigeria is stating the fact. And if we fail to get it right and come together in 2019; we will suffer for it. Our people are suffering today just because some of our opportune leaders have mortgaged the resources that ordinarily should have gone to many. In the midst of plenty our people are suffering and yet these crop of leaders have not found it useful to speak with one voice and chart a beneficial way forward for Yorubas.”

Speaking further, the OPC spokesman said that his own faction has in the last two years been working with other factions of OPC to harmonize various groups into one. “OPC New Era believes that the realization of Yoruba objectives can best be achieved if all Yoruba pressure groups can come together. If OPC New Era can come up with this noble idea; why is it difficult for our leaders in Yorubaland to equally come together in the interest of the race to speak with one voice.”

Saraki: Nigerians Should Not Be Complacent About Democracy

10 thoughts on “2019: Yorubas Must Speak With One Voice And Go Same Direction- OPC”