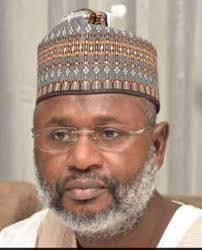 The race has begun, unofficially though, and from all indications, the campaign ahead of the next presidential election will not be without its fair share of excitement. Over the past several weeks, nocturnal meetings have intensified greatly and, as to be expected, politicians are crisscrossing the country to cement old ties and seek new alliances. In politics, as with all human endeavours, time is of great essence. Welcome to 2023!

When the whistle is blown and, barring any major twist, Senator Ahmad Rufa’i Sani, first elected governor of Zamfara state will, again, seek the mandate of the APC party to contest the 2023 presidential election. He admitted as much at a recent outing in Bauchi state when he restated his resolve to contest in deference to mounting pressure from prominent and not-too-prominent Nigerians. This is the second time Senator Sani, known to admirers and opponents alike, as Yariman Bakura is running for the presidency.

As a frontline presidential aspirant in 2007, Yariman Bakura pulled out of the presidential race of the then All Nigerian Peoples Party, ANPP, after a campaign tour of all 774 local government areas in the country. His decision then, he said, was in deference to then candidate Muhammadu Buhari whom he always referred to as the right man for the job. He also rested his ambition in 2015 after President Buhari deferred to patriotic calls on him to take another shot at the presidency.

Ahead of 2023, Yariman Bakura is enamoured by two factors; one, President Buhari, whom he believes is doing a great job, will not be on the ballot and, two, the leadership of APC, has decided not to award the presidency on compassionate ground. Of significance is that, Yariman Bakura believes he is the answer to his party’s definition of another credible candidate who can be trusted to deliver on the party’s Next Level agenda. Several factors inform his optimism.

Yariman Bakura is the quintessential party man. In a clime where politicians seek pedestrian reasons to ditch to ditch political parties, Yariman Bakura is regarded, even in opposition camps, as an honest and consistent politician whose belief in party supremacy is unrivalled. Senator Ahmad Sani was a founding member of the All Peoples Party (APP) which later became All Nigeria People’s Party (ANPP). He remained in the party, despite several electoral setbacks the party suffered, to later play a pivotal role in the formation of the octopoid APC which was birthed after the ANPP and other political parties fused.

In a political environment where acrimony remains the order, Ahmad Sani Yarima has the honour of being the first and only incumbent governor to have successfully handed over to his deputy since the return to democratic rule in 1999. Even in the estimation of his opponents, Yariman Bakura is one of the most consistent and influential politicians in Nigeria. Not even an internal crisis that rocked the APC in Zamfara state ahead of last year’s general elections tinkered with the massive grassroots support he enjoys. If there is a trophy for party loyalty, few Nigerians will wail if it is handed to Yariman Bakura.

Wealth creation ranks high on Yariman Bakura’s agenda. As governor from 1999 to 2007, he initiated and executed a ground-breaking poverty alleviation programme that created jobs and wealth in Zamfara state. This, he believes, is replicable at the national level if Nigerians give him their mandate in 2023. His ideas of restructuring and good governance are unique. For instance, he believes the fusion of presidential and parliamentary systems would lower the cost of governance. He also believes that reserving legislative seats for women, youths and professionals would enrich law making and deepen the nation’s democracy.

Central to the factors working in Yariman Bakura’s favour is his passion for the Nigerian project! Unsurprisingly, the clamour by prominent and not-too-prominent individuals and groups to draft Yariman Bakura into the 2023 presidential has been on the upswing in recent months. The renewed clamour is fuelled by prevailing belief among Nigerians that a level-headed and detribalized Nigerian, in the mould of Senator Ahmad Sani who deployed public funds to improve the lives of a greater number of people when he served as governor of Zamfara state would be a soothing balm on the nation’s jaded nerves.

Significantly, critical support has continued to come his way. Among early callers was the national leadership of the Vigilante Group of Nigeria was upbeat when members visited. The group recalled the critical support which the administration of Ahmad Sani extended to the national and state chapters of the VGN. Indigenes of the Middle Belt region resident in the Federal Capital Territory also visited to honour Yariman Bakura whom they referred to as ‘a reliable and trusted friend of the Middle Belt. Prominent Christian leaders from the northeast as well as a joint Christian/Muslim delegation from the northwest were on hand to deliver messages of solidarity and support.

None other than President Buhari will be amused at the on-going jostling to succeed him. As candidate in 2015, he triumphed in a transparent party primary devoid of the drawbacks of zoning. In his desire to deepen party cohesion, President Buhari has said he will not participate in the choice of his successor. It is a wish that must be respected by Nigerians, majority of who believe President Buhari should be succeeded by another honest and consistent grassroots politician, a game-changer of sort, who has the capacity to improve on the gains of the Buhari/Osinbajo administration and further the course of the government’s Next Level agenda.

Nigerians do not need to look beyond Yariman Bakura if all they seek is another trusted consensus-builder, a game-changer and a patriotic Nigerian.

Magaji [email protected] .> is based in Abuja, Nigeria

NRM Set To Launch #NotTooPoorToRun Campaign Ahead of 2019 General Elections