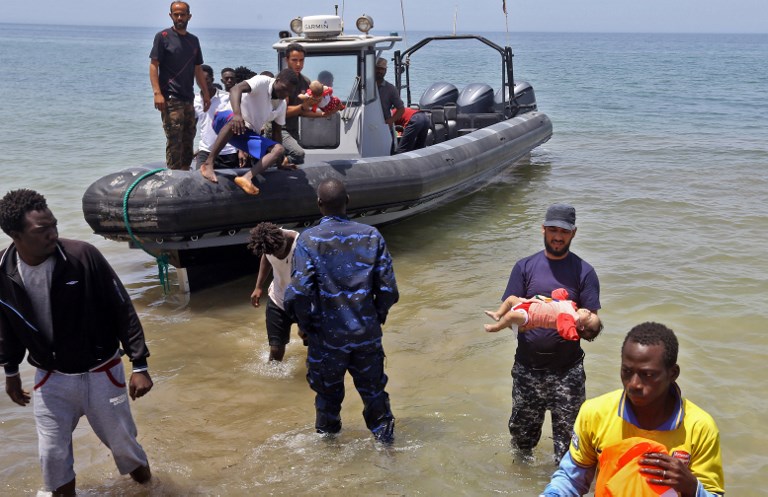 Three people, all with Moroccan nationality, managed to swim to shore and alert the authorities after the vessel hit trouble off the southern province of Tiznit, the outlet said.

It did not give the nationalities of the others on board the boat and said an investigation had been opened into the incident.

Local media said the migrants had been aiming to reach the Canary Islands about 100 kilometres (62 miles) west of the Moroccan coast.

The Spanish territory was a key destination during the mid-2000s for migrants seeking to reach the European Union from North Africa.

The number of people making the journey in the Atlantic Ocean has since dropped, with more now trying to cross to Spain via the Mediterranean Sea to the north.

Moroccan authorities say that between January and the end of September they stopped some 68,000 illegal attempts to cross into Europe and took down 122 people-smuggling gangs.

The International Organization for Migration says that some 50,500 migrants have arrived in Spain by sea this year, and that 566 have died or gone missing trying.

34 thoughts on “22 migrants missing off Morocco after boat capsizes”