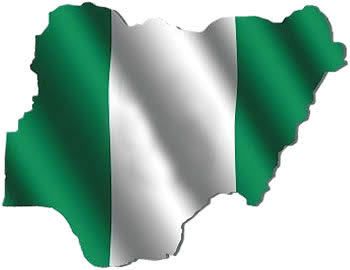 Over half of the 87 citizens feared killed along Birnin-Gwari Road in Kaduna State on Sunday, 13th May 2018 following their abduction and possible killing by the so called “Zamfara Bandits” are strongly believed to be members of Nigerian Christian faith mostly from Southeast zone. The innocent and defenseless passengers were on their way to the north or back to the south particularly the Southeast when over 15 vehicular including Lorries, cars and commercial buses conveying them were ambushed and grounded.

Independent and Government media reports as well as accounts of the officials of Nigeria’s National Union of Road Transport Workers further indicated that the passengers were carefully identified and selected according to their tribes and religions, using their dress codes, facial looks and threats of instant death before being herded into the bush. The 87 innocent passengers are presumed or feared dead by Intersociety until the contrary is credibly and verifiably established by the authorities of Kaduna State Government and security agencies.

The Kaduna high death toll included victims of the Gwaska/Birnin Gwari massacre of Saturday, 5th May 2018; carried out by those the Federal Government of Nigeria and its censored mainstream media tagged “Bandits”. The massacre claimed the lives of no fewer than 71 innocent persons who were mainly members of the Nigerian Muslim faith.
Also, according to an investigation carried out by Daily Trust Newspaper of 12th May 2018, the attacks by so called “Bandits” in Kaduna State especially in Gwaska and Birnin-Gwari areas of the State have claimed no fewer than 121 lives; recorded in 11 attacks in less than five months or between January and first week of May 2018. The attackers belong to Muslim faith and reportedly operate from Dansadau area of Zamfara State; which is a few kilometers from Kaduna State. See the following link for more details: https://www.dailytrust.com.ng/birnin-gwari-how-121-were-killed-in-11-attacks-in-5-months-250176.html
Since the beginning of May 2018 or between 1st and 15th May 2018, no fewer than 59 Christians have been killed by Jihadist Fulani Herdsmen in Benue, Taraba, Adamawa and Kogi States. There are likely unreported others technically classified as “dark and grey figures of crimes”. Statistics of the anti Christian killings in the past two weeks of May 2018 further indicate that 10 Christians were killed on Tuesday, 2nd May 2018 in Tse Iortyer, near Yelewata Community in Guma LGA of Benue State. The Jihadist Fulani Herdsmen had invaded the Christian Community at about 8pm killing ten persons and injuring fifteen others. The killing was officially confirmed.

In the early hours of Tuesday, 8th May 2018, according to Sun Newspaper of 9th May 2018, quoting local sources, the Jihadist Fulani Herdsmen invaded five Christian villages of Bolki, Bang, Nzumoso, Boki and Gon in Numan and Larmude Local Government Areas of Adamawa State killing about 30 Christians and injuring others. According to the same Sun Newspaper of 9th May 2018, quoting the Chairman of Ussa Local Government Area of Taraba State, Hon Rimansikwe Karma, the Jihadist Fulani Herdsmen also in the early hours of Wednesday, 9th May 2018, around 5am, ambushed members of Tutuwa Christian Community in Ussa Local Government Area killing nine and injuring three.
The slain were on their way to early morning church service when they were attacked and killed. In the early hours of Monday, 14th May 2018 at about 4am, Jihadist Fulani Herdsmen invaded and attacked two Tiv Christian Communities of Ilai in Mopamuro LGA and Ide-Gbede in Ijumu LGA of Kogi State killing 10 Christians on the spot.
In summary, no fewer than 59 Christian lives have been confirmed lost in Nigeria in the past two weeks of May 2018 and no fewer than over 50 others are also feared lost in last Sunday’s ambush, abduction and possible death of 87 innocent passengers along Birnin-Gwari Road in Kaduna State. This further indicates in totality that no fewer than 109 Christian lives may most likely have been lost to Federal Government protected non State violent actors in the past two weeks of May 2018.
By our conservative calculation in the past 165 days or between 1st December 2017 and 15th May 2018, no fewer than 1,720 innocent citizens have been killed by the duo of Federal Government’s labeled “Zamfara Bandits” and Jihadist Fulani Herdsmen; with members of Nigerian Christian faith accounting for no fewer than 1,259 while members of Muslim faith recorded the rest or 461. The killing of estimated 461 Muslims came from their rival violent Muslim groups which started as “Cattle theft” in Zamfara State, Northwest Nigeria.

It is estimated further that some 300 rival Muslim lives had been lost in Zamfara State since the beginning of December 2017 while 161 mainly Muslims were presumed killed since January 2018 in Birnin-Gwari area of Kaduna State in sustained violent attacks by the so called “Bandits”. The 161 mainly Muslims presumed to have been killed in Kaduna State alone since January 2018; comprise 121 deaths recorded by the Daily Trust Newspaper of 12th May 2018 and estimated 40 presumed deaths arising from last Sunday’s abduction of 87 innocent passengers along Birnin-Gawri Road in the State.
These killings are, therefore, nothing short of clear signs of a country speedily and irreversibly receding to total regime collapse and anarchy. The no fewer than 1,720 killings expressly translate to average of 10 killings in Nigeria per day in the past 165 days while the 220 killings recorded in the past two weeks of May 2018 translate to average of 15 killings per day.
The most shocking aspect of it all is that Nigeria’s present central Government that is constitutionally entrusted with fundamental duties of protecting lives and properties and ensuring citizens’ welfare has continuously crashed and failed woefully. Legitimacy with which Government functions, governs and controls crimes and other deviant behaviors has grossly eluded the central Government in Nigeria including its security agencies.
We have said it repeatedly since after mid 2015 that the adoption of militarism and militarization as a state policy by the present central Government is foundationally responsible for fueling and escalation of violence in the country in which the same Government had also between 2015 and 2017 perpetrated or committed no fewer than 2,100 state murders and injuring of over 1000 others.

The central Government in Nigeria is not only a notorious pursuer of crude hate and brazen partisanship as a policy but also a colossal failure in security and policing intelligence as well as preventive or proactive policing. It presently maintains the most lopsidedly composed security establishments in the history of Nigeria since its independence in 1960.
The intolerance of the same Government to critical and analytical voices has consistently robbed it of opportunities to make amends and take concrete and remedial steps when necessary particularly in matters of securitization and policing blunders. The official crime records or statistics maintained by the Nigeria Police Force are long moribund; likewise forensic policing department including crime labs and literature. There are no credible official crimes’ statistics domiciled in the Nigeria Police Force till date; except independently generated ones arising from independent research findings and investigations.
Till date, the Nigeria Police Force does not have credible and independently verifiable records showing the number of innocent citizens killed through nontraditional crimes such as Nigerians killed by Jihadist Fulani Herdsmen and the “Zamfara Bandits” as well as those who died from traditional crimes of armed robbery, abductions, civil homicide, ritual killings, domestic violence including rape; etc as well as traffic and industrial related deaths.
The NPF, specifically, does not have credible records showing patterns and trends of these sundry killings or deaths as well as the number of perpetrators or offenders arrested, detained, prosecuted, convicted, sentenced or acquitted. The NPF’s criminal investigation and prosecution skills and tools and their general management are also a disaster yet Nigerians squander over N300B in keeping the Force yearly.

Buhari, Remember Them, They Were Here Too.

11 thoughts on “220 Killings In The Past 15 Days Of May 2018: Nigeria Receding To Total Regime Collapse And Anarchy”