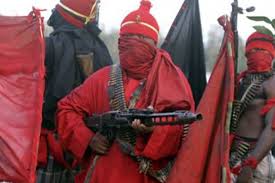 Barely one week after the killing of about 40 local miners at Janruwa community, Birnin-Gwari Local Government Area of Kaduna State, armed bandits struck again and killed 27 people in a nearby village.

On May 3, the Inspector General of Police, Ibrahim Idris, ordered the immediate deployment of additional 200 police personnel to Birnin-Gwari area to check banditry and kidnapping.

But witnesses told newsmen that despite the presence of security personnel, the attackers struck around 2:30pm on Saturday, killing 27 people mostly children at Gwaska village.

a�?Also the armed bandits razed down the village, which has about 3,000 inhabitants, completely.a�?

A survivor said some of those killed are volunteers who tried to defend the village and children that cannot escape the onslaught.

A member of the Birnin-Gwari Vanguard for Security and Good Governance who preferred not to be named said the casualties could be more than 27, noting they would get the exact number after the evacuation of all the bodies on Sunday.

a�?We would continue to appeal to authorities to take urgent steps to forestall further attacks and extinction of communities in Birnin-Gwari local government area of Kaduna State.

The spokesman for Kaduna Police Command, Aliyu Mukhtar, did not answer our reporter’s call through his mobile number. (DAILY NIGERIAN/ News Express)