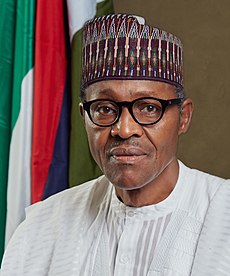 President Muhammadu Buhari would have been recorded as the worst Nigerian leader—ever, if he had lost the 2019 presidential election. Yet, his victory was not due to any popularity with the Nigerian people. And it had nothing to do with any electoral manipulation as commonly claimed within the opposition ranks. Buhari merely emerged as a better alternative in an election generally viewed as a binary contest between a devil and the deep blue sea. But the poor public perception of the president was equally neither lack of good intentions nor lack of efforts. It was squarely his failure to grasp a simple leadership lesson that is much more consequential.

The common saying, “all politics is local” came from the book, Man Of The House, and has become a commandment among politicians. But the book features other essential lessons that deserve more audience, especially in developing democracies. In that book, Thomas “Tip” O’Neill, Jr., a former US Speaker of the House, analyzed leadership in relation to the American presidents who served during the 34 years he was in the Congress.

On his fellow Democrat, James “Jimmy” Carter; Speaker O’Neill wrote: Once he gained the presidency on a mantra of change, after eight years of Republican rule, the Carter people—most of who came from his native Georgia—besieged Washington DC with every sense of arrogance. Jimmy Carter failed to realize that the skills used in winning the presidency is far from the “skills he needed to be effective once he got there…Many of the Carter appointees who came into the federal agencies acted as though they were hired strictly on merit, and didn’t owe anything to anybody. They refused to see themselves as team players.” O’Neill added that the Carter people were clueless about how Washington works. Even when it was clear that they were wrong, they still refused to change. The United States became a laughingstock around the world, and Mr. Carter would eventually leave office as the worst American president in recent memory.

Tip O’Neill explained that Carter’s failure had nothing to do with lack of hard work, intelligence or integrity. “When it came to understanding the issues of the day, Jimmy Carter was the smartest public official I’ve ever known. The range and extent of his knowledge was astounding…Carter’s moral zeal was admirable, but morality and intelligence are not enough in politics. You need a third ingredient—political style—and this, I say, is what Carter lacked in Washington.” Political Style!

Muhammadu Buhari moved into Aso Rock with good intentions, as well as a groundswell of public good will, promising to usher in positive change, after sixteen years of misrule under the Peoples Democratic Party. Overall, President Buhari recorded measurable success in the area of infrastructure, transportation, war against corruption; and diversification of the economy through agriculture. However, even as his achievements may appear admirable, they failed to engender the desired progress—socially, politically, and economically—because of his style of governance.

The Buhari’s style is a leadership miasma, offensive enough to turn his friends into foes. In short, the president made the exact same leadership mistakes Speaker Tip O’Neill warned against. Like Jimmy Carter, despite the protean character of the Nigeria’s abundant human resources, Buhari’s think-thank was a coterie of antique yes-men he claimed to have known from the yore, most of who have no clue about what makes the country tick. Like Jimmy Carter, before assuming office, Buhari worried that the presidency had become overly imperial, but the attitude of his inner circle while in power painted a different picture. Even on occasions where the Buhari people were linked to naked corruption, the president would greet the citizenry with either deafening silence, indifference or peculiar lack of compunction.

Such posture is a microcosm of Buhari’s style throughout his first term. Examples abound, but the most alarming, of course, is his attitude towards the systemic injustice in first 4 years. Understandably, a segment of Nigerian socio-political elites—from both the North and South—most of who influence the country’s image home and abroad, vehemently opposed the president’s style. The result was a montage of worldwide propaganda that successfully painted Buhari as an unapologetic dictator, nepotist, ethnic jingoist, jihadist, and a bigot—all roped in one and same agbada garb. The immediate effect was sweeping investment fears locally and internationally, which contributed in no small measure to the economic crisis that followed.

The Buhari presidency would recognize that something was amiss. It quickly budgeted billions to shore up his image around the globe. The official messengers were the Ministers of Information and External Affairs, Lai Mohammed, and Geoffrey Onyeama, respectively. Convinced that the duo was not producing the desired results, Buhari was deceived to create a redundant but bogus entity, named Nigerians Diaspora Commission, headed by Abike Dabiri-Erewa. But their whole effort translated to mere ‘talk and go’—akin to attempting to fetch water with an Ugbo basket.

The imprudent approach to Nigeria’s global image is mind-numbing. The Buhari envoys even chose to defy the logic of the common knowledge that “all politics is local”. It never dawned on them that the days are gone when Nigerian government can preach justice abroad while promoting injustice at home. The inconvenient truth is that the country now boasts of millions of independent ambassadors, strategically entrenched in all the nooks and crannies of the world, who tell it as it is. Some of these Diaspora Nigerians have also become Biblical Josephs of sort and thus play influential role in the nation’s foreign exchange, foreign trade, foreign investment, the media, as well as other socio-economic relationships. Needless to remind that the same Josephs are the leading block contributor to the yearly amount of foreign money remitted to Nigeria, which is ironically more than the national budget. As they go, so goes the national image and much more.

Nothing exposed the degree of ignorance within the Buhari presidency than its approach with the Biafran activists on the international scene. Instead of exploring dialogue, as was the case with Boko Haram, the Buhari regime not only used brute force on the Biafran activists but also shamelessly embarked on an aggressive global campaign to brand the secessionists as terrorists. It is not mystifying, therefore, that the Nigerian group, besides Boko Haram, that came to be recognized outside the country as terrorists are the Fulani herdsmen, the very outfit the president serially refused to acknowledge as a threat to civil order.

Today, though Buhari might have recorded some improvement on the war against terrorism and corruption, Nigeria’s global ranking on both categories has worsened since he took office in 2015. Today, the threats of secession have become the loudest since the civil war. Today, the country’s global image is most gloomy since returning to democratic rule in 1999. The general toll on the national economy is staggering, and the masses are the victims.

The solution is simple: a presidential leadership style that embodies equity, justice, prudence, and tolerance for opposing views. The fear, however, is that President Buhari may care less. Since being re-elected, the polity has been inundated with symphonies of praises by pandemic sycophants, most of who are goading him to stay the status quo—just to prove a point. But Buhari should consider the posterity and demonstrate true leadership. Even as it is vitally important for leaders to be unwavering in their convictions, any worthwhile conviction ought to advance the greater good. Moreover, political rigidity is another name for dogmatism, which typically leads to destructive power.

SKC Ogbonnia is the author of the Effective Leadership Formula.

President Muhammadu Buhari – A Military General In Name Only.

The New Registrar Of Corporate Affairs Commission: A Round Peg In A Round Hole

9 thoughts on “2nd Term: A Leadership Lesson Buhari Must Learn”