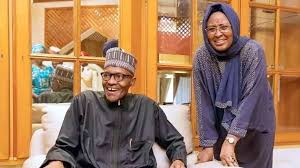 They were alleged to have swindled various people across the world of $20.5 million (N7. 4 billion).

They allegedly used what they claimed was the email accounts of President Muhammadu Buhari and his wife, Aisha.

One of the count charge against them read: “That you Uche Anyanwu Julius (also known as Musa Muhammed), and others at large, on 8 August, 2018 at Hassan Idowu Street, Aguda, Surulere, within the jurisdiction of this honourable court, with intent to defraud, did send forged electronic messages to one Engineer Gmenenze, Attention Geraldo Francisco, Melezes, purporting same to have been sent by President Muhammadu Buhari…and his wife, Aisha kin respect of the immediate payment of $20.5 million (N7. 4 billion), thereby committed an offence punishable under Section 14(3) of the Cyber Crimes Prohibition and Prevention Act of 2015.”

The accused were equally arraigned on 15 other count charges. They had no legal representation. They were ordered to be remanded in prison while their case was adjourned till 18 January, 2019.

Two to die by hanging for killing Cynthia Osokogu

8 thoughts on “3 men docked for forging e-mails of Buhari, wife In A N7.4bn scam”