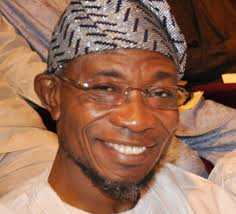 No fewer than 3,000 market men and women as well as business operators are to benefit from the Federal Government Assisted Micro, Small and Medium Scale Enterprises Loans to be distributed in the State of Osun on Tuesday November 28th 2017.

The Vice President, Professor Yemi Osinbajo is expected to flag off the distribution of cheques to the beneficiaries during his visit to the state.

Professor Osinbajo will also flag-off One-Stop Shop in the state where all Federal Agencies of Government will be represented as part of the administration’s effort in improving Nigeria’s ranking on the World Bank’s Ease of Doing Business index.

A statement by the Commissioner for Information and Strategy, Mr. Adelani Baderinwa said that the Vice President’s visit to the state for distribution of the huge loans to the business men and women and business operators was part of activities marking the 7th Year Anniversary of the Ogbeni Rauf Adesoji Aregbesola led civilian administration in the state.

He said the MSME loans are capital for entreprenuers to expand their businesses in fulfillment of President Buhari administration’s desire to create a robust and self sufficient economy.

The MSME Clinic is a day interactive business forum where problems militating against the growth and sustainability of MSME space in the State of Osun will be addressed.

The MSME Clinic, he added, is in partnership with the office of the Vice President inconjunction with other agencies of government like the Bank of Agriculture (BOA), Bank of Industry (BOI), Small and Medium Enterprise Development Agency of Nigeria (SMEDAN) and the Osun Micro Credit Agency, Osun Ministry of Commerce, Industries, Cooperatives and empowerments.

The 7th Year Anniversary of Ogbeni Rauf Aregbesola had kicked off on Friday with Jumat Service held at Osogbo Central Mosque and there was Calisthenics display on Saturday November 25th and Thanksgiving Service holds on Sunday November 26th at All Saints Anglican Church, Balogun Agoro, Osogbo.

Governor Rauf Aregbesola will on Monday broadcast to the residents of the state while a Grand Breaking ceremony for water project in Ilesa holds later in the day.

The statement called on the people of the state to keep faith with the government for more dividends of democracy.

“It is noteworthy, and there is no gainsaying the fact that the state of Osun has been witnessing sparkling infrastructural and socio-economic development since Ogbeni Rauf Adesoji Aregbesola took over the mantle of leadership on November 27th, 2010.

“In all ramifications, Aregbesola has delivered the dividends of democracy to every house hold in the state with either the infrastructure projects or the social security programmes.

“The government commended the people of the state for keeping faith with and supporting the administration of Governor Rauf Aregbesola.

“The government calls on the people of the state to intensify prayers for the state to continue progressing and developing in peace and harmony.

Gambia to be first country in Africa to eliminate malaria