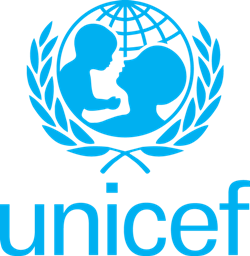 About 360,000 adolescents are expected to die of AIDS by 2030 if investment in HIV prevention is not ramped up, according to a UNICEF report released on Thursday.

UNICEF’ Executive Director, Ms Henrietta Fore said the figures show the world is “off track’’ in its goal to end AIDS among children by 2030.

Projections show there will be a decline in the number of children and young people infected with HIV and dying from AIDS-related causes.

But the UN children’s fund warned progress is notably slower among adolescents – defined by the UN as those between ages 10 and 19.

AIDS-related deaths are projected to decrease by 57 per cent among children below the age of 14 by 2030, compared with 35 per cent among those aged 15 to 19 years.

“Programmes to prevent HIV transmission from mothers to babies are paying off but haven’t gone far enough.

“Programmes to treat the virus and prevent it from spreading among older children are nowhere near where they should be,’’ Fore said.

The report blamed slow progress in preventing HIV among young children, along with a failure to address structural and behavioural drivers of the epidemic.

“Many young people do not know they have HIV, and those who do often fail to stick to their treatment plans.

UNICEF is pushing for more family-centred testing and diagnostic technologies, as well as targeted outreach programmes and a greater use of digital platforms to improve knowledge of HIV among adolescents”, Fore said.

Icrc Appeals For Release Of Health Worker's Abducted In Borno