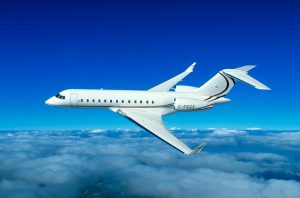 If you spot a sleek Bombardier Global 6000 business jet sporting tail number ZS-OAK, Canada would love to hear from you.

The jet belonged to South Africaa��s notorious Gupta family, whose alleged corruption helped trigger the scandals that recently forced President Jacob Zuma out of office. But the Guptas bought the plane with help from a $41 million loan from Export Development Canada, or EDC, Canadaa��s state-owned export-import bank.

EDC was helping Bombardier Inc., the Canadian aerospace firm, land the jet sale. But that turns out to have been a poor bet: EDC now says the family defaulted on the loan in October and still owes the bank $27 million.

And with an arrest warrant outstanding for Ajay Gupta, one of three brothers in the family, there are other worries, too. a�?There is a very real concern that the aircraft may be used to escape justice or for some unlawful means,a�? wrote EDC in a recent application to a South African court seeking permission to ground the jet.

But EDC first has to find the plane; the Guptas made the planea��s location data private after EDC sought the jeta��s exact whereabouts in a court filing. The disappearance of the plane is noted on FlightAware , a website that allows the public to track the location of planes around the world. a�?This aircraft (ZS-OAK) is not available for public tracking per request from the owner/operator,a�? the site says . The plane has been spotted in recent weeks at airports in India, Russia and Dubai.

Ehsan Monfared, a Toronto aviation lawyer, says that the case is unusual. Most people or entities who buy business jets of that size and value don’t have credit issues, and banks like EDC make sure they’re well protected. EDC, for its part, insists it performed due diligence on the Guptas.

Phil Taylor, a spokesman for EDC, said that the bank’s motion seeking to ground the aircraft is due to be heard in Johannesburg on March 6, but he declined to comment further. A separate court case is also underway in Britain. An effort to contact the Guptas through their London law firm was not successful.

Ita��s certainly an embarrassing incident for the bank. But Karyn Keenan, the director of Above Ground, a Canadian human-rights and development nonprofit, finds it ironic that EDC is now worried about risking its reputation when it should have known of the corruption allegations against the Guptas that were circulating in South Africa at the time of the loan deal.

a�?This loan should never have been made,a�? she told The Washington Post. a�?Everybody in South Africa knew who the Guptas were. They had been investigated by South African authorities.a�?

The good news for EDC is that ita��s likely to get the plane back eventually. Under an international agreement called the Cape Town Treaty, Monfared said, lenders have the right to seize a plane in any country thata��s part of the pact. a�?I don’t think the Canadian taxpayer is going to get bilked, unless the aircraft has been otherwise disposed of,a�? he said.

Nigeria will soon be out of recession: Adeosun