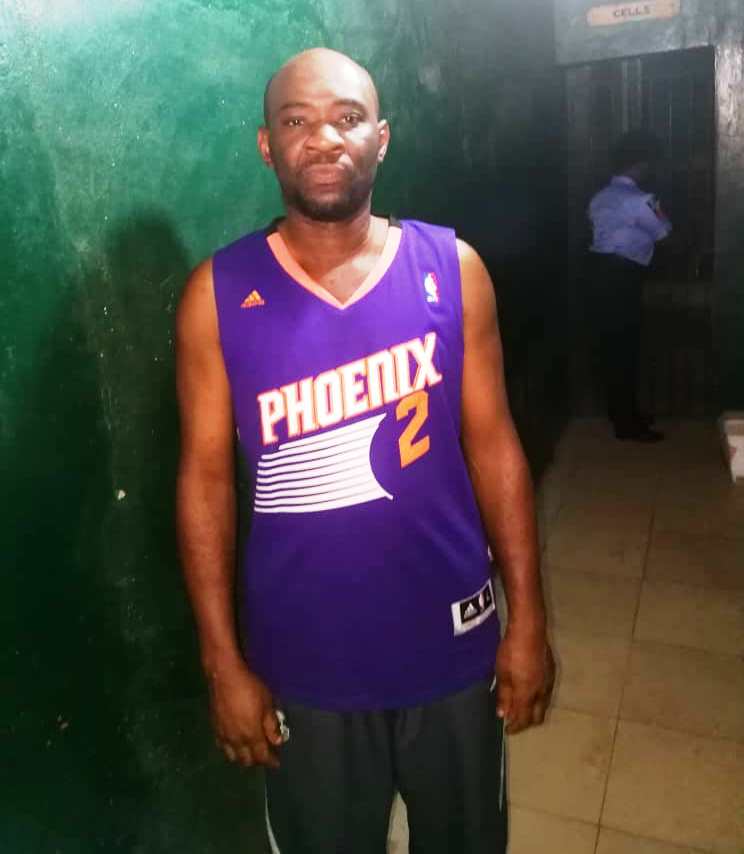 Men of Ogun state police command have arrested a website designer, Abiodun Amosu for defiling a 16-year-old girl who incidentally happened to be his housemaid.

The suspect who lives together with his housemaid at Sowemimo Street at Ibara Housing Estate committed the crime on Thursday 25th October in his residence while his wife was away in Lagos.

The PPRO the lady was accompanied to the station by a member of committee for the defence of human rights (CDHR) and reported that the suspect forcefully dragged her into his bedroom and had sex with her.

According to the PPRO, “The housemaid stated further that when she started making noise after the man has had his way, the suspect beat her up and send her out of the house. It was then a CDHR member saw her and took her to the station to report.”

“Upon the report, the DPO ibara division SP Dada Olusegun led detectives to the scene where the randy suspect was arrested. On interrogation, the suspect initially denied the allegation, but when confronted with the blood stained bedsheet in his bedroom, he admitted to the commission of the offence.”

The victim who claimed to be a virgin before the incident has been taken to general hospital for medical attention and the medical report has confirmed that victim was actually sexually abused.

Meanwhile, the commissioner of police CP Ahmed Iliyasu has directed that the case be transferred to anti human trafficking and child labour unit of the state criminal investigation and intelligence department for proper investigation and prosecution of the suspect.