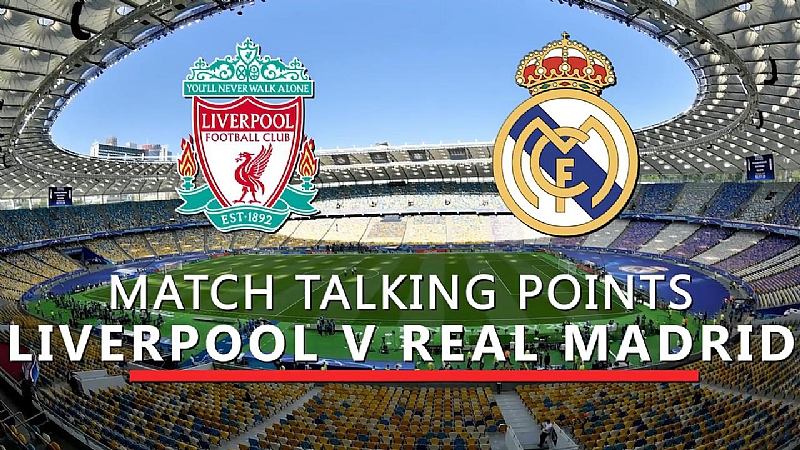 The Champions League finals have come and gone, but there remains memories that would linger on for a while. The game saw Liverpool get defeated by the defending champions who defended their title for the third consecutive time. There are however lessons to learn from the much talked about encounter that we can use for our lives, business, politics and even relationships. Do enjoy.

1. Guard your dream, watch out for Sergio Ramos: Mo Salah was substituted in the first half. He was one of the players to watch out for. Sergio Ramos didn't allow Salah's dream of winning champions league to be actualised.

The lesson here is that in life we must guard our dreams. Everything is against you trying to 'break your hand.' You need to be aware of this. Life is not fair, you have to be fully prepared and guard against everything that is against you. Guard your dreams and goals!

2. Understand Techniques, I mean Bale kind of techniques: Karius fumbled twice. The first one was when he allowed Benzema to score a fluke.

The second one was when, a ball he should have punched, slipped from his hand. He probably thought the ball was an ordinary ball, not knowing that your enemies would never send you anything ordinary. In life we always have to be prepared. Life is technical, if you don't understand the technicalities, 'punch it away.'

3. Never Underrate Benzema: Benzema is not one of the best of players, but hey, he tries sometimes. The Liverpool keeper, Karius underrated Benzema and in a bid to throw a pass actually gave Benzema a free Champions League finals goal.

In life, things you think might not matter might actually do on the long run. Take necessary precautions to be at your best always. Benzema might just be around the corner.

Onlike Liverpool that the moment their main man was forced to be removed, Christiano Ronaldo was in ghost mode. That made Liverpool lack an understanding of the strategy of Madrid. In life, don't always allow your 'strong foot' to be exposed, confuse your enemies!

5. Win like a pro, like Madrid. The moment Mo Salah was removed, a strong dent was done to the framework of Liverpool, their strategy, everything they spent weeks to perfect went down the drain. From that point other weak points started opening up.

Real Madrid started doing what they know how to do best which is scoring and of course winning. They won like the pro they are. They used every opportunity they had to win. They might have scored one more goal by Ronaldo is that fan had not run into the field of play to interrupt the match.

Once you have done all, stand like the Bible admonished, make sure you win like a pro.

(LekeAdemo is an e-Business Consultant and publisher of TheInspiredDream.com.ng. You can contact him via [email protected])