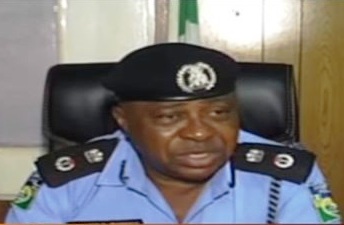 The Borno State Police Command has said that five suicide bombers infiltrated a wedding ceremony Sunday night around 9 pm at Baale Shuwari and Baale Kura at the outskirts of Maiduguri metropolis and detonated IEDs strapped on them killing themselves and eighteen other people instantly.

The bomb blasts also wounded 86 other people while early morning today Monday when the EOD and SARS Teams of the mobile police went to evacuate the corpses, two additional people died out of those wounded following the critical condition of their injuries

Addressing journalist in his office at the police headquarters this afternoon, the State Commissioner of Police, CP Damian Chukwu said “despite the fact that the Easter celebration was hitch free and peaceful, on Sunday yesterday in the night at about 8.34 pm an incident occurred in Baale Shuwari and Baale Kura villages at the outskirts of Maiduguri metropolis.

“When a wedding ceremony was taking place, five suicide bombers took advantage of the crowd and infiltrated the ceremony with explosives on them and detonated them killing themselves and injuring many others.

” Boko Haram terrorists also took advantage of the explosion and followed the explosions with sporadic shooting or gunshots which attracted the attention of rhe military and SARS team to rush to the areas to repel the attacks.

” The boko Haram terrorists were trying to penetrate Maiduguri metropolis which resulted in 18 people being killed and 86 others injured in both villages, making the total number of death to be 23 people instantly yesterday plus the additional two people that died this morning from the wound they sustained at the hospital while receiving treatment to become 25 people dead”, Chukwu said.

He explained further that the five suicide bombers bodies were mutilated “while NEMA in conjunction with SEMA, Military , CJTF and SARS Team helped in conveying the corpses and the wounded to the hospital. Among those critically injured, two died today Monday making the total death toll to 20 people from the two villages and together with the suicide bombers, totalling 25 people dead.”

According to him, ” quickly later today, our EOD team and SARS were deployed to sanitize the environment for normalcy to continue and normal activities have since returned to the areas”.

He added that Governor Kashim Shettima also visited the victims at the State Specialist hospital to sympathized with the victims and their relations and assisted them kindly with cash of N10,000 each to cushion their hardships while announcing that the state government will shoulder the medical and surgical bills of the victims and prayed for their quick recovery urging them to consider what happened to them as an act of God or destiny.

The CP however lamented that people were no longer security conscious and pay less attention to issue of security, disregarding the security agents during ceremonies, stressing that, members of the public now takes things for granted and have stopped giving useful information or raising alarm on suspicious movement or elements in their midst.

He said “anybody who poses danger or threat to the public, deserve to be treated accordingly without mercy ” while warning that, people ought to stop taking advantage of the emerging peace and rest.

The police commissioner appealed to the public to always inform or alert the nearest security agents including the CJTF of any strange person or movement or activity in their localities while pointing out that, adequate measures have been put in place to avert future reoccurrence and dredges were being proposed to be dug round such areas to deprive the boko Haram terrorists from entering the state capital and some LGAs.

The CP noted also that over 400 mobile police officers and men have been deployed to Bama town alone and adequately armed to provide security along with other para military agents, CJTF and vigilante hunters. While next week, he said, the DPO Banki border town and Mobile police officers and men will be deployed to Banki border town to provide security along with other security agents.

Security: Lagos State Considers Amnesty For Cultists In The State

23 thoughts on “5 Suicide Bombers Kill 18, Wounded 86 Others At Wedding Ceremony in Maiduguri….Police”