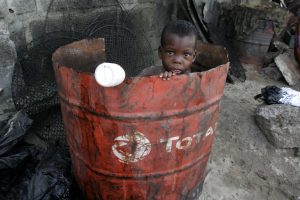 Mrs Maryam Uwais, the Special Advisor to the President, Social Protection, says about 67 per cent of Nigerian population live below poverty line.

Uwais said this during a social protection Practitioners and Academics Dialogue on Thursday in Abuja.

According to her, some of the social issues that plaque Nigeria is high poverty, high unemployment rates, increased insecurity, gender inequality and poor literacy rates, among others.

She added that social protection was a response and a key strategy towards reducing poverty and socio-economic vulnerabilities in the population as well as to encourage G2p payments digitalisation and financial inclusion.

a�?This involves the direct transfer of N5,000 to the targeted poor and vulnerable households.

a�?The Home Grown School Feeding (HGSF) assist vulnerable families, feed their classes, primary 1-3 school children one nutritious meal a day and provides an incentive to send them to school which is targeted to feed 5.5 million children.

a�?The N-Power Programme is designed to put 500,000 young Nigerian graduates on employment and empower or train 100,000 of non-graduates with necessary tools to create, develop and build projects that will change our communities, economy and nation.

a�?There is also Government Enterprise Empowerment Programme (GEEP), which is targeted financial inclusion and empowerment loans programme to deliver maximum impact to the economically under- represented groups that targets about 1.6 million beneficiaries,” said the presidential aide.

She said that for National Social Programme to move forward the cooperation of stakeholders was key in actualising it in terms of knowledge, resources and skills for transformative undertaking.

She therefore called on stakeholders to partner with the initiative, saying that the complex issues facing Nigeria would be met with comprehensive solutions by collective efforts to invest in the strongest and most promising sector.

Mr Folunsho Okunmadewa, the Lead Specialist World Bank, noted that the dialogue was important, saying that they are very important stakeholders in the actualisation of the social protection agenda.

He said that the social protection agenda has grown big due to government concern, participation of private sector, civil sector and researchers excluding academics.

a�?Through the academia research would be evident and we are talking of a dynamic issue that change on a daily basis.

a�?Those who are on the state level and in operations unit are constantly aware of changing knowledge,” he said.

He added that the academia research on a daily basis and with that they can help with the programme and collaborate in the state and national level.

He added that some of the existing data could be analysed and give information that could help in the project which would bring about a mutual benefit.

He also said that involving the academics was a huge step in bridging the gap.

Mr David Adejo, the National Co-ordinator, Youth and Employment and Social Support Operation (YESSO), also said that the involvement of academicians in the social protection agenda would boost the programme.

He noted that academicians have the tools to collect data and also work for the existence of more evidence action.

Adejo also said that the poor people were becoming more vulnerable and it needed the interventions which are ongoing.

The CDD Coordinator, Mr Abdul Kareem, said the academia has a lot of research and community services which could be achieved especially in data collection.

a�?We have so many primary health centres at the community level and with the help of the academics we can achieve some of the agendas because they can help us spread the news.

a�?Food protection agenda is a very positive development, if academia gives us support and accessibility, our micro projects will increase.

a�?We can’t go to a community and build a borehole when their need is not borehole and with the help of the academia we will be able to know the problem of each community through data processing,a�? he said.

Dr Temitope Sinkaye, the National Programme Coordinator, said the social protection intervention has been taken to 21 states and about 300 households had been covered.

She noted that the target was 1 million households and therefore called on the state governors to set up offices to enable them discharge their duties effectively. (NAN)

A single market in Africa, and other stories