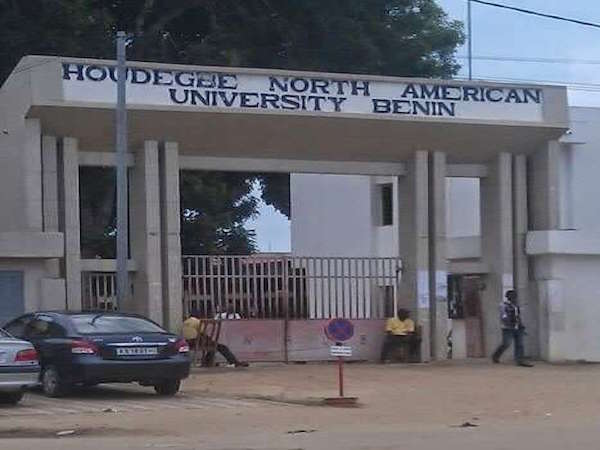 The President of the Houdegbe North American University in the Republic of Benin, Dada Houdegbe, on Saturday announced that about 90 per cent of its students were Nigerians.

Mr. Houdegbe made the remark at the University’s award of degrees and conferment of honorary awards to its graduating students and other local and international personalities.

“Three years ago, we graduated about 3,000 students from different areas of studies.

“Today, the Houdegbe North American University is graduating about 2,000 students, as well as the conferment of Honorary Doctorate Degrees on deserving personalities.

“Let me say that about 90 per cent of students in our university are Nigerians, who are happy being our students,” he said.

According to him, there is currently a growing interest of many young Nigerians in the courses being offered by the university, its affordability and good learning environment.

The president said that the university was meant to build bridges across political, economic, linguistic and cultural divides in West Africa, in particular, and Africa, in general.

Mr. Houdegbe commended former president Olusegun Obasanjo for his belief in the institution’s ideals, as well as the encouragement he had continued to give to the university.

Samia Nkrumah, founder of the Kwame Nkrumah Pan-African Centre, said that the time had come for West African and other African countries to embrace the policy of “Education for All’’.

The daughter of former Ghanaian President, Kwame Nkurumah, said that the overall development and transformation of the region and the continent would largely depend on education.

“We must realise as Africans that we currently have a very fast-growing young population that should be given qualitative education.

“We need to ensure that we actually prepare our young population to be more productive. We, therefore, need to encourage our young men and women to freely acquire education in any university of their choice, across West Africa and Africa in general,” she said.

Peng-Khuan Chong, an Emeritus Professor of Political Science, Plymouth State University, in the United States, enjoined the graduating and undergraduate students to learn to be competent, confident and have compassion.

“Young men and women in the Republic of Benin, Nigeria and other African countries, should learn to be competent, be confident and have compassion.

“And then, they must be courageously strong, innocently hopeful, and most importantly, be forever hopeful,” he said.

A Nigerian undergraduate at the university, Linus Richard, said that he and many other Nigerian students were happy to have had the opportunity to study at the institution.

Mr. Richard said that the institution’s admission process was devoid of the problems associated with writing a qualifying examination, it’s academic calendar hitch-free, with affordable fees, as well as a conducive study environment.

The university was established in 1992 in Cotonou, Republic of Benin, as a private tertiary institution, which offers both undergraduate and postgraduate courses.