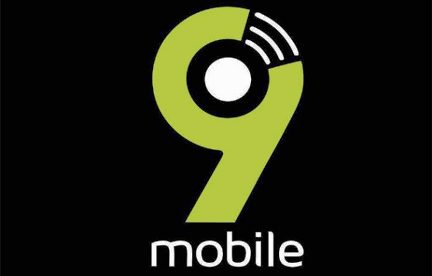 Lagos a�� As controversies continue to trail the sale of debt-ridden telecoms company, 9mobile, the personalities giving financial strength to the bid winner, Teleology Holdings Limited, have been unveiled.

Investigations by DAILY INDEPENDENT revealed that some Nigerian businessmen and politicians are financial backbones of Teleology which was reported to have paid $50 million of the $500 million it bid for.

Besides the board members of Teleology, who are all out to contribute to the realisation of the acquisition financially, some powerful Nigerians are being swayed to be major investors in Teleologya��s acquisition and operations of 9mobile.

According to a source, two politicians and one businessman from North Central are set to invest in 9mobile through Teleology.

Also, a politician from the South South and a businessman from South East are strongly behind the company financially.

The source said there was a strong belief that Nigerian business mogul and African richest man, Alhaji Aliko Dangote, was disposed to the 9mobile acquisition.

a�?Mind you, the original mobile licence of the businessman was sold to 9mobile (formerly Etisalat).

a�?There is high possibility that Alhaji Aliko Dangote is interested in 9mobile acquisition.a�?

When DAILY INDEPENDENT contacted the brain behind Teleology, Adrian Wood, his phone was switched off.

In 2010, 9mobile (then Etisalat) announced its intention to purchase Alheri Mobile Services Limited, a fully owned subsidiary of the Dangote Group and a holder of a 3G licence for Nigeria.

The acquisition was aimed to give Nigerians immediate access to and full use of a 3G licence in line with GSM operators in the country.

Boye Olusanya, the then Managing Director of Alheri Mobile and head of Dangotea��s telecommunications arm and now Chief Executive Officer of 9mobile, said, a�?It makes sense for us to sell Alheri Mobile to Etisalat Nigeria as we believe that the market here can only sustain four mobile operators in the medium to long-term.a�?

Olusanya further stated that Dangote Group would use the capital raised to develop its other assets in the telecommunications market.

Some other Nigerians alleged to have been approached for funds by Teleology are Donald Duke, a former governor of Cross River State, and former Central Bank of Nigeria (CBN) governor, now the Emir of Kano, Muhammadu Sanusi II.

Because of the forthcoming elections, the wife of former governor of Cross River, Onarie Duke, is said to act as a proxy for her husband.

Another Nigerian on the list, according to the source, is business mogul, Chief Oscar Udoji, founder and Chief Executive Officer, Solgas Petroleum and Udoji United Football Club.

Chief Oscar Udoji also served as the National Chairman for the Congress for Progressive Change (CPC) political party who finished as runners-up in the 2011 presidential elections with President Muhammadu Buhari then as its presidential candidate.

While some industry analysts posit that Teleology would find it difficult to source for significant funds from Nigeria because of the already piled debts it is yet to settle and is looking outside the country for financial support from foreign banks, others are of the view that some Nigerian politicians and businessmen are set to be part of the 9mobile business portfolio.

According to reliable sources, efforts are being made for offshore funding of the business, as some foreign banks from the Middle East have also been factored into the acquisition deal.

However, industry observers have predicted that the chances of foreign banks investing in Teleology deal is very slim because of the fresh memory of the incident of $1.2 billion debt hanging on 9mobile (then Etisalat).

The delay to almost the last minute of the 21-day deadline given to Teleology to pay the initial deposit of $50 million attests to the insinuations from some industry observers.

A source told DAILY INDEPENDENT that Teleology planned to use the assets of 9mobile to acquire funding from an Egyptian Bank. He said the National Assembly advised against that and asked it to make down payment of $500 million if it is serious of acquiring 9mobile.

Speaking with DAILY INDEPENDENT when contacted about Teleologya��s investors and investment profiles, Michael Ikpoki, first Nigerian CEO of MTN Nigeria, who is the Legal and Regulatory, Sales and Distribution Director of Teleology, said he needed some time to come up with the companya��s next line of action.

a�?Please, give me some time to get back to you. I will need to consult with Adrian Wood after which, somebody will brief you on the issues of concern,a�? he quipped.

Despite the announcement of 9mobile sale to Teleology recently, there has been controversy over the reported paid $50 million non-refundable deposit and uneasiness over possible payment of the $450 million balance.

There has been anxiety over how the bid winner would be able to raise the huge sum within the 30-day deadline set by Barclays Africa.

The troubled mobile operator had been sold to Teleology Holdings Ltd whose bid was preferred to that of Smile Telecoms.

Teleology, promoted by Adrian Wood, former CEO of MTN Nigeria, reportedly made a non-refundable deposit of $50 million to acquire the brand formerly known as Etisalat.

However, this week, there were some maneuverings and challenges surrounding the proposed sale of 9mobile as the Chairman, House Committee on Telecommunications, Saheed Akinade-Fijabi, threatened that the House of Representatives may be forced to stop the ongoing sale of 9mobile to Teleology Holdings.

The lawmaker said this at a hearing while reacting to petitions and concerns raised by the Nigerian Communications Commission (NCC), the Central Bank of Nigeria (CBN) and some of the vendors owed by 9mobile.

At least, Prof. Dambatta denied any knowledge of the account the money was paid into.

To complicate matters, a representative of the CBN also denied the payment of such fund.

Recently, it was widely reported in the media that the preferred bidder, Teleology Holdings, made payment of the $50 million non-refundable deposit.

When DAILY INDEPENDENT contacted Tony Ojobo, Director, Public Affairs, NCC, on the issues, he did not answer his call.

This week, the Chairman, Board of the Nigerian Communications Commission (NCC), Olabiyi Durojaiye, was reportedly strategising on how to make the sale of 9mobile to Teleology null and void.

DAILY INDEPENDENT gathered that Durojaiye wrote a letter to the CBN listing new criteria of a�?technical expertisea�? and a�?at least three years operational historya�? a�� and vowing that NCC would not issue an operational licence to Teleology.

His letter was said to have been designed to favour Smile, the company believed to be secretly backed by a former director of the Etisalat board that went bankrupt.

The letter was curiously written to the CBN on March 14 to raise an objection after the processes had been concluded.

According to reports, Teleology and Smile bid documents showed that they were offered to pay the symbolic $1 for 99.9% issued share capital of 9mobile.

Teleology promised an initial capital injection of $531 million broken down thus: $301 million first payment to banks, who are owed $1.2 billion by Etisalat; $100 million payment to leading vendors a�� Nokia, Hauwei, and IHS; and a working capital of $130 million.

It also promised a capital investment of $270 million in the first year to improve network quality.

Smile, on the other hand, promised a much lower payment of $250 million to banks in the form of bonds redeemable in 10 years a�� an arrangement said not to have gone down well with the creditors who would rather invest their money in other instruments for higher yields.

The company also promised to pay $130 million a�?full and final paymenta�? to all other creditors, which was also said to have been considered unfavourable by the vendors.

Its promised working capital of $120 million is $10 million lower than Teleologya��s offer.

a�?During all of these interactions, neither these representatives nor the topmost management of the NCC mentioned that the licence would only be transferred to an existing telco.

a�?Durojaiye is now trying to shift the goalposts in the dying minutes of a match. The whole world is laughing at us.

a�?There would be significant, uncertain, expensive and cross-cutting legal ramifications if the board of the NCC were to insist on this new rule so late in the process,a�? a source said.

A clear indication that Durojaiye does not enjoy the support of the regulators was a letter written to the board of 9mobile by Emefiele and Danbatta.

Also speaking on the development, an industry observer who preferred anonymity doubted if the plan to acquire 9mobile would sail through at the end of the day, given the controversies and backdoor politics trailing the process.

According to him, a�?I think it is too early to think that 9mobile has been acquired.

a�?We are eager to see that the 90 days period set for the payment of $450 million balance becomes a reality, but with the way things are going, we only hope that it will not go the way of defunct NITEL which was eventually acquired by NATCOM and operating with brand name, ntel.a�?

Malabu Oil $1.1b bribe scandal: Nigerian, Italian jailed, who next?