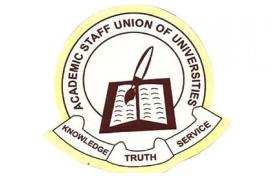 I just remembered Barkin Zuwo! He was such a ‘ grammarian’ that may people started inputting certain grammatical gymnatics to him, just as some did to Mama Patie in the not too distant past! They were just lucky; if it were today, Lai would have paraded them for fake news or hate speech or both! But that is by the way. Barkin Zuwo, who allegedly said that there was nothing wrong in finding government money in government house, had at another time declared that there would always be students unrest because the students never had time to rest. Either they were reading, or in the laboratories or doing assignments….

People have been wondering why ASUU and ASUUists are always in the struggle! They posit that the essence of all these struggles is to enlarge the coast of the lecturers and increase the visibility of ASUU chairmen and position them for Federal appointments. They complain that ASUU does this without regard to the students, their parents and the society at large, and the paucity of funds. On the later, a recent cartoon in the Vanguard dared the FG to fund ASUU as they fund Aso-Rock and see if ASUU would ever go on strike. On 23/12/18, the ASUU President, Professor Ogunyemi gave a press statement on ‘why we struck’. Hear him ‘If we miss education, we miss development as we will end up being enslaved the second time. What is happening in this country now is that people are privatising everything, including education and before we know it, what happened to our primary and secondary education will happen…Our conviction is the reason behind the prolonged strike and our members have the conviction that until we get education right, Nigeria will never get it right. Insurgency will increase, banditry, poverty, kidnapping, misery and other societal ills will continue.. we can make the Nigerian ruling class come to accept the centrality of university education in improving the human condition. Qualitative and public-funded education is not an option; it is inevitable if Nigeria ever wishes to banish poverty, ignorance, squalor, insecurity, disease and corruption.( https://www.vanguardngr.com/2018/12/strike-asuu-may-not-honour-further-calls-by-fg-national-president/ ). Up Chair!

This is not a new position neither is it a personal position; it is the long-standing position of ASUU; to continuously struggle in defence of qualitative and publicly funded education so that the poor and marginalized can also enjoy its benefits. But this agenda was set a little more than 55 years ago, in a speech at the 90thanniversary convocation of Vanderbilt University by President J.F Kennedy(18/5/63). Here are excerpts from the speech.

…I speak in particular, therefore, of the responsibility of the educated citizen, including the students, the faculty, and the alumni of this great institution. The creation and maintenance of Vanderbilt University, like that of all great universities, has required considerable effort and expenditure, and I cannot believe that all of this was undertaken merely to give this school's graduates an economic advantage in the life struggle. “Every man sent out from a university,” said Professor Woodrow Wilson, “Every man sent out from a university should be a man of his Nation, as well as a man of his time.” You have responsibilities, in short, to use your talents for the benefit of the society which helped develop those talents. You must decide, as Goethe put it, whether you will be an anvil or a hammer, whether you will give to the world in which you were reared and educated the broadest possible benefits of that education. Of the many special obligations incumbent upon an educated citizen, I would cite three as outstanding: your obligation to the pursuit of learning, your obligation to serve the public, your obligation to uphold the law.

If the pursuit of learning is not defended by the educated citizen, it will not be defended at all. For there will always be those who scoff at intellectuals, who cry out against research, who seek to limit our educational system. Modern cynics and skeptics see no more reason for landing a man on the moon, which we shall do, than the cynics and skeptics of half a millennium ago saw for the discovery of this country. They see no harm in paying those to whom they entrust the minds of their children a smaller wage than is paid to those to whom they entrust the care of their plumbing.

But the educated citizen knows how much more there is to know. He knows that “knowledge is power,” more so today than ever before. He knows that only an educated and informed people will be a free people, that the ignorance of one voter in a democracy impairs the security of all, and that if we can, as Jefferson put it, “enlighten the people generally … tyranny and the oppressions of mind and body will vanish, like evil spirits at the dawn of day.” And, therefore, the educated citizen has a special obligation to encourage the pursuit of learning, to promote exploration of the unknown, to preserve the freedom of inquiry, to support the advancement of research, and to assist at every level of government the improvement of education for all Americans, from grade school to graduate school…

I would hope that all educated citizens would fulfill this obligation–in politics, in Government, here in Nashville, here in this State, in the Peace Corps, in the Foreign Service, in the Government Service, in the Tennessee Valley, in the world. You will find the pressures greater than the pay. You may endure more public attacks than support. But you will have the unequaled satisfaction of knowing that your character and talent are contributing to the direction and success of this free society.… the educated citizen has an obligation to uphold the law. This is the obligation of every citizen in a free and peaceful society–but the educated citizen has a special responsibility by the virtue of his greater understanding. For whether he has ever studied history or current events, ethics or civics, the rules of a profession or the tools of a trade, he knows that only a respect for the law makes it possible for free men to dwell together in peace and progress.

He knows that law is the adhesive force in the cement of society, creating order out of chaos and coherence in place of anarchy. He knows that for one man to defy a law or court order he does not like is to invite others to defy those which they do not like, leading to a breakdown of all justice and all order. He knows, too, that every fellowman is entitled to be regarded with decency and treated with dignity. Any educated citizen who seeks to subvert the law, to suppress freedom, or to subject other human beings to acts that are less than human, degrades his heritage, ignores his learning, and betrays his obligation.

In these moments of tragic disorder, a special burden rests on the educated men and women of our country to reject the temptations of prejudice and violence, and to reaffirm the values of freedom and law on which our free society depends. Ninety years from now I have no doubt that Vanderbilt University will still be fulfilling this mission. It will still uphold learning, encourage public service, and teach respect for the law. It will neither turn its back on proven wisdom or turn its face from newborn challenge. It will still pass on to the youth of our land the full meaning of their rights and their responsibilities. And it will still be teaching the truth–the truth that makes us free and will keep us free.

The core of his speech is: If the pursuit of learning is not defended by the educated citizen, it will not be defended at all. For there will always be those who scoff at intellectuals, who cry out against research, who seek to limit our educational system..’ Probaly he foresaw Nigeria of today. That is why ASUU cannot rest. But there is a missing link: the mandate was and is for all educated citizens. The question is:Why are the other educated citizens, including policy makers in the ministries of education and finance, governors and legislators leaving this struggle for ASUU alone, and are indeed sabotaging the efforts of ASUU?

When a governor appreciates the media

12 thoughts on “A 55-year old mandate for ASUU and the educated elite: Defend the pursuit of learning!”