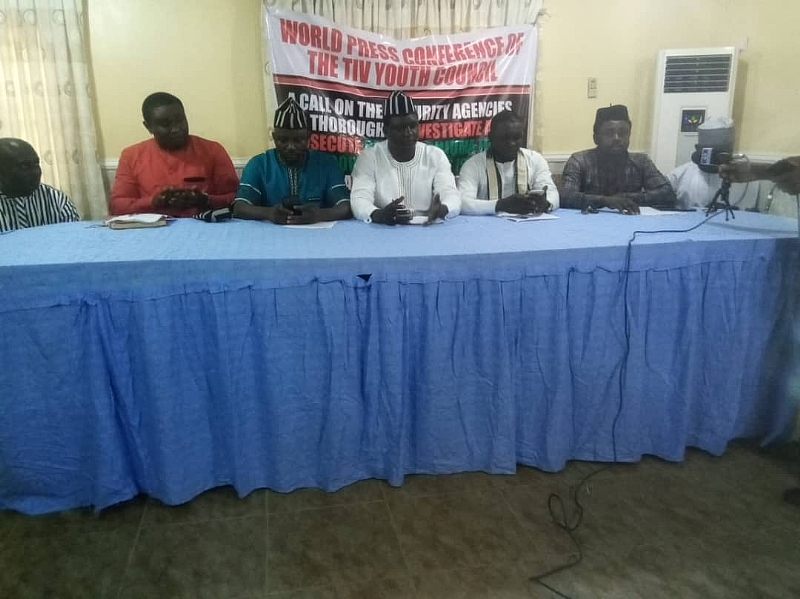 “Enough is Enough, The Tiv Nation cannot continue being cannon fodder for the unity of this country.. ” – – Hon Mike Chivir Msuaan

President
The Tiv Youth Council like all concerned patriots has watched with patriotic pain and disenchantment the persistent wars between the Tivs and the Jukuns in Taraba State which have intensified lately.

A cursory assessment will reveal that hundreds of lives have been lost within a short period while property worth millions of naira have been wantonly destroyed.

Certainly, not a few women would have been rendered widows while a plethora of orphans have been left roaming the streets.

These worrisome developments have further exacerbated the humanitarian challenge in the nation as we now have to grapple with an even burgeoning number of internally displaced persons (IDPs).

The recent rape, maiming and killing of hepless Tiv Students and staff of the Federal University Wukari is indeed one too many, deserving thorough investigation by the security agencies and enduring solutions to entrench peace.

It is quite surprising that despite several attempts to extend the olive branch and make the warring parties embrace peace, the efforts have all fallen through midway with no tangible results.

The Jukun militia has remained irrepressibly resurgent, consistently coming up with sophisticated weapons, dreaded attack techniques and in several instances kitted as men of the Nigerian Army.

The consistent tactics of the Jukun militia showed a streak of military training and a strong penchant to foment violence beyond primordial inclinations.

This irrational development stirred our curiosity and prompted our Team to conduct a scrupulous inquiry into the factors fuelling and motivating the Jukun militia despite the several overtures at peace.

Our incontrovertible findings from this painstaking inquest revealed powerful individuals with political leanings funding, training and arming the Jukun militia.

Principally, the Governor of Taraba State Mr. Darius Ishaku has remained silent, this has provided cover for the Jukun militia, while also playing the ostrich, instead of addressing the matter as Chief security officer of the state.

On the other hand, T. Y. Danjuma a retired Military General, former Chief of Army Staff and former Minister of Defence has been allegedly responsible for inciting the Jukun Militia.

Their prime objectives aside ethnic dominance is to stir dissent against the government by raising the tempo of war to an Inferno’s pitch, thereby fuelling national insecurity for political gains just to paint the President Muhammadu Buhari government in negative light.

This worrisome trend has successfully been deployed surreptitiously by opposition political figures in flash areas to stir ethnic bile and generate needless tension across the nation just to give the government a bad name.

To these fiendish pitchers against the government, no magnitude of destruction is too weighty so long as it tarnishes the reputation of the Buhari led government.

We therefore use this medium to call on the government to rise to the occasion and apprehend all these political players instigating and fuelling violence for cruel political gains.

We herein particularly invite the relevant security agencies to immediately proceed with a thorough investigation of Governor Darius Ishaku and Gen. T. Y. Danjuma (Rtd) in the interest of peace and unity of the two ethnic groups.

We strongly believe the Tivs and Jukuns can harmoniously live in peace as has been in the past if these political masterminds fuelling the war are isolated and dealt with.

We believe that this government will spare no sacred cows in the quest for national peace and security.

Finally, we use this medium to call on all Nigerians to shun all forms of ethnocentric discriminations or biases and they should immediately report all such masterminds of violence and insecurity in their respective domains.

A safer Nigeria will surely be a more productive Nigeria with prosperous citizens.

7 thoughts on “A Call On Security Agencies To Thoroughly Investigate The Alleged Involvement Of Gov. Dairus And Gen. TY Danjuma In The Jukun/Tiv Crisis In Taraba State”