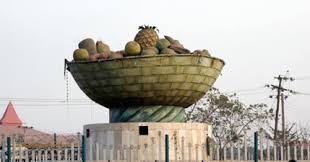 Spanish Philosopher, George Santayana said “Those who cannot learn from history are doomed to repeat it.” Thus, a careful review of the distant and recent history of Nigeria holds the key to troubleshooting, unravelling, forecasting and prognosticating the current chaotic situation in the country.

Our learning begins as far back as the 18th century during the Fulani wars that swept across subsaharan Africa. Fulani jihadist, Uthman Dan Fodio led the onslaught through Lake chad into the kingdoms in present-day northern Nigeria, pushing southward with the sole aim of literally “dipping the Koran into the Atlantic ocean”. By 1808, he had defeated the rulers of Gobir, Kano, Katsina, and other Hausa Kingdoms, expanding his territory south of Lake Chad and into Nupe and Yorubaland as far as the forest zone. He established the Sokoto caliphate, the largest state in subsaharan Africa at that time and ruled as it’s first Sultan.

In all his wars and conquests, Uthman’s albatross was the Tiv and minority ethnic groups that occupied the patch of the map known today as Benue State, Plateau, Taraba, parts of Kogi and Kwara states. The Fulani jihad met a brick wall in the Tiv, Idoma, Igala, Gwari, Angas, and Birom tribes to mention but a few. This setback was the prelude to the eventual defeat of the caliphate by the British colonialist in 1903 and later Nigerian independence under a constitutional government in 1960.

However, even as the caliphate diminished in political authority, proponents of the Uthman Dan Fodio philosophy declared their intention to resume Jihad after independence. Most notable was a decendant of Uthman, the then Premier of the northern region who doubled as the Sardauna of Sokoto, Sir Ahmadu Bello. Barely two weeks after Independence, he was quoted in the Parot Newspaper to have said:

The Northern Premier pursued this philosophy using his party, the Northern Peoplea��s Congress (NPC) and working through the then Prime Minister, Alhaji Sir Abubakar Tafawa Balewa whom many regarded as his stooge. On the other hand, the minority tribes in present-day Benue and other neighboring states nicknamed “middle-belt” also brazed up for resisitance through their political party, the United Middle Belt Congress (UMBC) leading to serious animosity. The NPC used the instruments of government – the scholarships, appointments, employments, contracts, policies and taxes to oppress the indigent opposition elements amongst the minorities who clearly enjoyed the support and sympathy of the masses.

While the NPC led government continued their oppression, the UMBC led by Chief Joseph Sarwuan Tarka defeated them in consecutive elections in 1954 (as Middle Belt People’s Party) and 1959, winning virtually all the elective positions available within the middlebelt. Even as the UMBC led by Chief Joseph Sarwuan Tarka enjoyed political dominance in the middle-belt, the NPC still found ways of oppressing the people through the use Native Authorities headed by traditional rulers. In Benue, the Tiv Native Authority was headed by Tor Tiv the second, HRH Gondo Aluor, a House of representatives member who was recalled to become a monarch following the death of his predecessor in 1956.

Under his leadership, the Native Authority Police were used to target members of the UMBC and also to harrass and extort money from members of the public. This caused deep cracks in the relationship between the Tor Tiv and UMBC’s Chief Tarka which reverberated throughout Tiv land as the Tor Tiv, Gondo Aluor was a prominent leader of Ichongo – one of the two sons of Tiv, while Tarka was the biggest politician of the other extraction, Ipusu. Such was the evil that befell the Tiv nation and the middlebelt thanks to the typical divide-and-rule tactics of the northern oligarchy.

The friction between these two factions degenerated into isolated attacks which quickly turned into widespread violence necessitating the intervention of the police in 1960 and 1961. By 1964, violence broke again and this time there was additional cause to worry. The UMBC were making frantic efforts and calling for separation of the middle belt from the northern region. The proposed middlebelt region will span across parts of present-day Benue State, Kogi State, Plateau State, Nasarawa State, Adamawa State and Kwara States. This move was unbearable for the northern oligarchy who, in addition to drafting the Police, ordered for deployment of the army to quell the uprising amongst the minority tribes, the first of such orders in the history of Nigeria.

The presence of the police and army caused even more harm than good as they were often mere instruments or as in the words of the Sardauna, “tools” in the hands of the ruling northern government. It’s on record that the police like today were renowned for corrupt practices. Policemen in Tiv land were dreaded and feared because they arrested people arbitrarily without giving them reasons for their arrests or the offence they committed. They maltreated people at the slightest provocation. An author puts it that, “a policeman could scatter a whole market on a market day. He could also take by force a person’s property without any challenge”.

Likewise the military who joined forces with the Sardauna bridgade, a millitant wing of the NPC to unleash brutality on the people. They coniceved to crush the Tiv resilience which the Sardauna viewed as opposition to the Uthman Dan Fodio agenda and an attempt to challenge the hegemony of the North and thereby, undermining the authority and integrity of the NPC led government. In all, over 400 people were killed, out of which the government reported only 47.

The next major crisis that will engulf Benue and the middlebelt with massive casualties will be the incessant invasion of commuinties and indiscriminate killing by Fulani herdsmen militia which has reached an unprecedented level lately. Ever since a law was passed in Benue state against open grazing of cattle, attacks on farming communities have heightened. The ruthlessness of attacks not withstanding, what is most surprising is the level of impunity with which they are carried out and the attendant silence from the government. With over 2000 lives lost to these attacks in the last 3 years, its was just 3 days ago that President Muhammadu Buhari who is a Fulani man, mentioned the word “herdsmen” publicly in association with the killings for the very first time. Is this surprising? No!

During his inaugural speech, President Buhari reserved special mention for Fulani Jihadist, Uthman Dan Fodio. He said and I quote, “Furthermore, we as Nigerians must remind ourselves that we are heirs to great civilizations: Shehu Uthman Dan fodioa��s caliphate, the Kanem Borno Empire,… The blood of those great ancestors flow in our veins. What is now required is to build on these legacies…”

This certainly is the reason for his lackadaisical attitude towards the pogrom in the middlebelt even as known Fulani herdsmen sociocultural organisation, Miyetti Allah have repeatedly claimed responsibility for the attacks. Fulani elites have come out on National TV and on the pages of newspapers claiming the attacks are part of their plan to take over and occupy Benue State and environs which, according to them, are spoils of Uthman Dan Fodio’s conquest. All these leads have gone without any arrest or interrogation of those involved, in a manner that leaves no doubt that the President is making good of his promise to “build on the legacies” of Uthman Dan Fodio just as did Sir Ahmadu Bello and Alhaji Tarfawa Balewa.

Like in 1954, the police have been drafted to contain the violence but have once again proven to be nothing but perennial tools in the hands of the ruling party. The Inspector General rather than focus on carrying out his responsibility of safeguarding the lives and property of the citizens, have become the mouth-piece of killer herdsmen, also joining them to reject the anti-open grazing law – a wellthought beautiful panacea which not only prohibits pastoralism but encourages the establishment of ranches according to worldwide best practice of animal husbandry.

Due to the failure of the police, the government has announced a 44-day military exercise tagged, Ayem Akpatuma, a Tiv expression that means a�?cat race,a�? which would hold in Benue, Taraba, Kogi, Nasarawa, Kaduna and Niger states from February 15 to March 31. According to them, the exercise has become more expedient due to the upsurge in cases of banditry, kidnapping and cattle rustling as well as herdsmen/farmersa�� clashes and attacks on communities. The motive of this intervention not withstanding, the announcement of such a sensitive operation about a week before commencement already sets the tone for failure as the invading herdsmen militia will have ample time to retreat leaving the indigent farmers at the mercy of the army. If history is anything to go by, this exercise has already ended in futility even before it began. At best, it will be another strategy from the toolbox of continued oppression of minorities in the middlebelt.

The crisis that besieged Tiv land in 1960 led to significant structural adjustments regarding policing and the administration of Native Authorities in Nigeria. That of 1964 served as a prelude to the events that culminated in the Nigerian civil war. No wonder, editor of theNEWS magazine, Ademola Adegbamigbe said, “each time Tivland explodes, the entire country runs into a bigger political crisis.” Where this ongoing crisis is headed to, only time will tell.

Usha Anenga is a medical doctor and socio political commentator. He writes from Makurdi.

241 thoughts on “A Historical Perspective To The Ongoing Benue Situation”