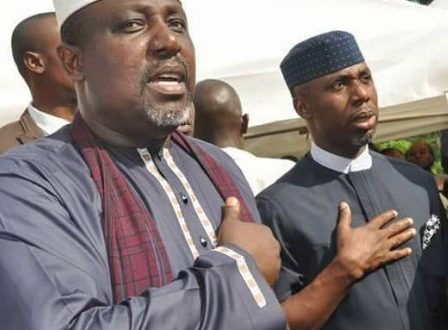 Sir,
LET MY PEOPLE GO:
The shame the entire Imolites face with you on the saddle is better imagined. We are not near any rescue seven years on with you as our governor.

The sorry and indeed the sordid tale of IMO State under your watch has caused me and indeed most people many sleepless nights especially following the recent sham of a Local Council “election” and I write to you to pour out my heavy heart to put on record your failed and utterly pathetic leadership impunity, rascality and fraudulence to remain as a signpost for posterity to remember.

My Governor, with due respect Sir, your criminal political greed, autocratic inclinations and fiscal dispensations as a Governor of a civil Imo remain the worst ever in all histories of rascality, recklessness and public-rights usurpations world over. I feel you now have gone gaga realizing there can never be any cover to hold and contain your excesses after the expiration of your immunity as IMO Governor come 2019.

In IMO under your watch, civil servants were/are shortchanged by perhaps the most unconscionable open robberies of their entitlements by a government's deliberate but unlawful heartless shortpayment on their salaries. Even the remnant percentages most unfortunately are never paid to them as at when due. Many pensioners have died out of sheer neglect and this makes me wonder if you ever have a human conscience. Retirement under your watch has become a death sentence. Is this not a deliberate State policy to pauperise Imolites? All you feel is the insatiable thirst for more and more money no matter who dies, where and why. It has become obvious that there is no clearcut distinction between IMO treasury and Owelle's amassed wealth. It looks this is your reason in desperation to install your son inlaw to continue mesmerizing IMO.

My fear is IMO citizens may not survive another tenure wherein you are a godfather or even an adviser.

Sir, under your watch, being a Governor has become the State Land Speculator-General. You even have accumulated so much, using govt Fiat, more estates than you and your 10th generations may really need. Imagine a Governor appointing his son inlaw as Commissioner for Lands and revoking Certificates of Occupancy and brazenly acquiring as much choice estates as necessary and thinking the transience of power shall not ever play out with his plans to perpetuate his hold on IMO by now anointing the same son inlaw to replace him after his dual tenures and spending amassed public funds as goodwill to market his unearthly greed as a prospect for IMO in disguise. That is foolery, sheer madness and can only happen in an Imo of morons, Judases and infidels.

My Governor Sir, Area K is a history Owerri indigenes remember with passion. Ekeukwu and Late Little Somto are highlights of your government's deliberate punishments for IMO citizens and no matter what you do now, hearts are already broken. Tell me why any sane Owerri voter, nay, IMO voter shall reward these with an endorsement for your virtual third tenure that portends to perpetuate criminal obsession for maximum dictatorship in imo over decades.

Sir, kindly let Imo go. What have we done to deserve all these? You came to us with Jude Agbaso in 2011, ate akara in open markets ( we thought you were one of us), begged us to vote for you to rescue us. Now, we are stranded! Within that mandate, you stabbed Jude Agbaso! Again, you have funded the impeachment of Eze Madumere – a choice you made yourself after Agbaso and also in this your elapsing final tenure. Hei my Governor, how many deputies do you want to have in Eight years?

Why are you messing up Owerri in all you do? The IMO bond of oneness is gone and zonal sentiments may endanger Orlu for so long, yet Orlu is worst off under “her own”. Okigwe gnashes her teeth.

Just take a look at our roads!
My Governor, please, remember there is tomorrow. Imo State deserves justice. Hand over and submit yourself for justice.

May God have mercy on you.
Thank you.
St. Ford.

As democracy dies in Nigeria

What are our Citizenship rights?

Obaseki And The Promise Of Tomorrow

749 thoughts on “A Letter To My Governor – Owelle Rochas Okorocha”