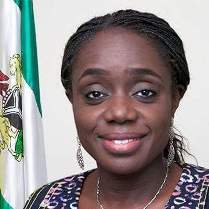 By FEDERAL MINISTRY OF FINANCE

The attention of the Honourable Minister of Finance, Mrs. Kemi Adeosun, has been drawn to false media reports of a a�?strongly-worded letter to the Presidenta�? objecting to the payment of $16.9 million fees to two lawyers for the recovery of Abacha funds.

2. The Minister wishes to dissociate herself and the Federal Ministry of Finance from recent malicious and misleading media reports on the Abacha refunds. The Minister had at no time written any letterto the President or any member of the Federal Executive Council (FEC)on the payment of lawyers for the Abacha recovery.

3. She also refuted the flawedmedia reports of controversy surrounding the Abacha recovery, disclosing that the sum of US$322,515,931.83 was received into a Special Account in the Central Bank of Nigeria on December 18, 2017 from the Swiss Government.

4. For the avoidance of doubt, there is no controversy concerning the recovery of the Abacha monies from the Swiss Government.

Adeboye: In 2019, Nigerians Must Vote Out Politicians Who Do Not Serve The National Interest