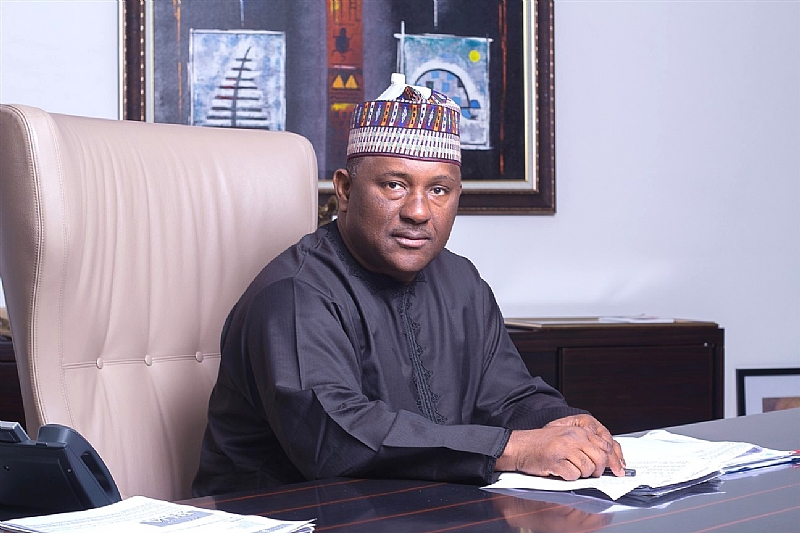 “The apple doesn’t fall far from its tree” is a popular phrase used to describe a similar trait that appears in both parent and offspring. This is the case of Abdul Samad Rabiu, the son of Khalifah Isyaku Rabiu, a renowned Kano businessman who made fortune in trade and industry in the 1960s and 1970s.

Abdul Samad Rabiu, a graduate of Economics from Capital University in Columbus, Ohio was instrumental to the successes recorded by his father’s business empire as an Executive Director before establishing BUA International Limited in 1988 solely for trading and importation of rice, edible oil, flour, iron and steel.

In a short while, Abdul Samad deployed the lessons learned from the University and the experiences garnered while he worked at his father’s company to secure a contract with the Delta Steel Company to supply its raw material needs.

When Abdul Samad decided to go into cement production, BUA acquired majority stake at the Cement Company of Northern Nigeria, producers of Sokoto Cement in Sokoto State to become a major shareholder. Shortly after this was the construction of BUA Obu Cement line 1 in Okpella, Edo State began which was commissioned in 2017. Kalambaina Cement Company followed and was commissioned in 2018 and then BUA Obu Cement line 2 was completed.

After announcing the completion of BUA Obu Line 2, the Securities and Exchange Commission (SEC) approved the merger between BUA’s Kalambaina Cement and Cement Company of Northern Nigeria for an increased production capacity of 2 million metric tonnes per annum. This brought BUA total production capacity to 8mmtpa.

Today he is not only recognized in Nigeria, Africa but Internationally. Abdul Samad Rabiu is easy going, doesn’t sing his own praise but somehow his business brainpower and achievements have sold him out to the world. No wonder he was recently rated 16th richest man in Africa and 3rd in Nigeria with a net worth of $1.6Billion.