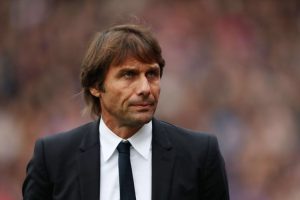 Chelsea owner Roman Abrahamovic has decided to sack Antonio Conte and is considering Chelsea’s next managerial appointment, according to reports in Spain.

Marca claims that the Italian’s relationship with Chelsea’s hierarchy has ‘deteriorated’, he is no longer on speaking terms with the club’s billionaire owner and all communications are going through Marina Granovskaia, a director who plays a large part in the team’s transfer business. MORE: FOOTBALL Cristiano Ronaldo admits it was a mistake to allow Alvaro Morata to join Chelsea Arsene Wenger says Alexis Sanchez and Mesut Ozil are blocking Arsenal star’s progression Big risk? Chelsea star being pushed by medical staff to return vs Manchester United The report suggests that the strain between Conte and Abramovich can be traced back to the handling of Diego Costa’s future during the summer. Abramovich is claimed to have considered Conte’s actions ‘disrespectful’ after the Chelsea manager sent a blunt text message to the striker, which told him that he was no longer part of the first-team plans.

Marca claims that the search has already begun for Conte’s successor and the 48-year-old is fully aware of Chelsea’s plans. The report also suggests that Conte is ‘struggling to improve relations’ with Chelsea’s players and there was tension at half-time in the matches against Watford and Roma. Conte is keen to see out the remainder of the season with Chelsea, even though the team are already nine points behind Premier League leaders Manchester City.

The 48-year-old signed a new contract with Chelsea in July after winning the Premier League title in his first season at Stamford Bridge, but the new deal did not extend beyond the summer of 2019.

Wolf gets taste of carnival riches

53 thoughts on “Abrahamovic has decided on Conte sack, search for replacement commenced: Report”