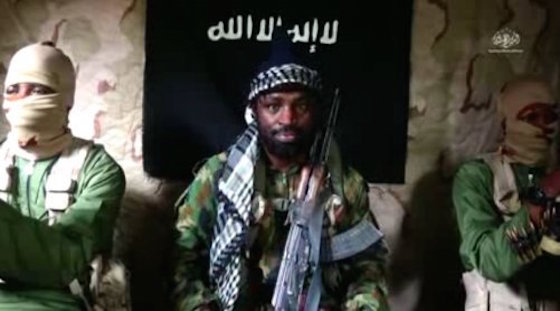 Boko Haram leader Abubakar Shekau on Friday evening released a new video on the 82 Chibok girls that were recently swapped with his fighters.
According to Ahmad Salkida, a Nigerian journalist who has access to Boko Haram, the video which is yet to be uploaded on YouTube was made available to http://Salkida.com.

“I will tweet the highlights in a moment…  The video has Shuaibu Moni, one of the swapped Boko Haram commanders issuing threats to Nigerian authorities and it’s president,” Mr. Salkida tweeted.

“The commander, in the video, declared that it is not true that only 5 commanders were released, warning of imminent bombing of Abuja.”

“He further said that there’s been no ‘sulhu’ dialogue with government and there won’t be. Only war is between us, he declared.”