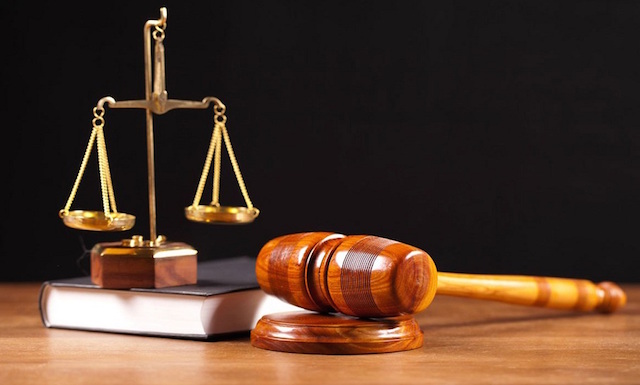 An FCT High Court in Jabi on Monday struck out an application seeking to stay an order granting the Economic and Financial Crimes Commission leave to arrest two ex-Ministers and seven others for their alleged involvement in the Malabu oil deal.

The EFCC charged a former Minister of Justice, Mohammed Adoke, and his Petroleum counterpart, Dan Etete, for their alleged involvement in the mismanagement of $1.1 billion revenue that accrued from the sale of oil bloc to Malabu Oil and Gas Limited in 2011.

The charge, filed on December 20, 2016, establishes a nine-count charge against the accused, saying they transferred $801.540 million from the Federal Government escrow account.

Justice Danlami Senchi of the court refused to grant the application in the suit No. FCT/HC/M/546/2019, on the grounds that the substantive suit was yet to be argued by the parties in the matter.

According to the Judge, any party willing to file further motions or applications, must do it on or before June 5.

The News Agency of Nigeria reports that the Judge had sometimes in the month of April during the last adjournment granted an application by the EFCC to arrest those in involved in the deal.

The court also adjourned the matter following a new motion filed by the EFCC which raises new issues against the defendants, including the a�?Stay of Execution motiona��a�� filed by the defendants on the ground that parties were yet to respond to all the motion before the court.

The Counsel to Adoke, Nkem Okoro, holding the brief of Mike Ozekhome (SAN), and Counsel to Roberto, Stefeno and Sebastinno, Joe Gadzama (SAN), had argued that the complainant bypassed the process they should have followed before filing the suit at the court.

FG to award contract for reconstruction and rehabilitation of 69 highways nationwide: Fashola

Can you stay off sex? This is what happens when you don't have sex for 5 years

11 thoughts on “Abuja Court Gives Nod To EFCC To Arrest Adoke, Etete, Others In Connection With Malabu Oil”