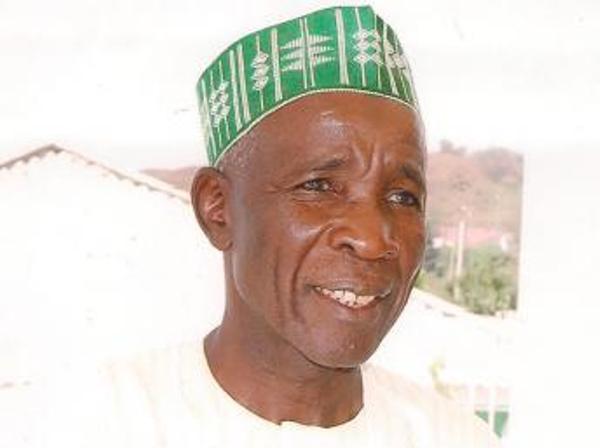 The loan was purchased during the first phase of Eligible Bank Assets purchase from Unity Bank Plc in 2011.

Since then, AMCON said it has offered the obligor a good measure of olive branches and explored all avenues to resolve the matter amicably, but the obligor, and his company, Bedko Nigeria Limited, have remained recalcitrant and unwilling to repay the huge debt to the Corporation.

The order, which was granted to AMCON by Justice A.I. Chikere, gave the government recovery agency the power to take over some properties belonging to the politician and critic of President Muhammadu Buhari.

Galadima is a prominent Nigerian politician and engineer who formally was the Director-General of the Nigeria Maritime Agency from 1996 to 1998.

He was appointed National Secretary of the Congress for Progressive Change, which was formed then in the run-up to the 2011 national elections as a leading platform for now President Buhari.

It would also be recalled that Galadima is one of the nine signatories that signed the merger agreement among some political parties that came together, including the All Progressives Grand Alliance, CPC, All Nigeria Peoples Party and Action Congress of Nigeria to form the ruling All Progressives Congress, which was the platform on which the current president of Nigeria contested and won the 2015 presidential election.

The enforcement on the properties of Bedko Nigeria Limited and Galadima is one of the many others that would happen this year given the additional powers AMCON received from President Buhari late last year.

Recall that aside the fact that the Federal Government set up the Inter-Agency Committee on the recovery of AMCON debt, President Buhari also signed the 2019 Amended AMCON Act into law.

The amendment gives AMCON additional powers to go after all obligors of the Corporation no matter how highly placed in the society.

Having taking over the properties, Jude Nwauzor, Head of Corporate Communications of AMCON, said the Corporation will take all necessary actions, which include asset take-over, liquidation, winding-up and garnishee proceedings against Bedko Nigeria Limited and its Directors in line with the Court judgement and relevant sections of AMCON Act as amended.

AMCON, led by Ahmed Kuru as Managing Director/Chief Executive, has intensified efforts at recovering the over N5 trillion outstanding indebtedness to AMCON.

The AMCON CEO has repeatedly reiterated the fact that the corporation under his leadership will do whatever it takes within the law to recover the huge debt it has compiled and will not mind the status of the obligor in the discharge of the duties of AMCON.

How I lost N73 million in Balogun Market inferno — Trader