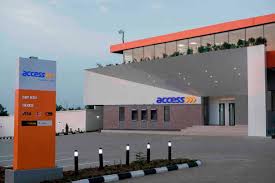 The Benue Board of Internal Revenue Service (BIRS) has sealed up six firms, including three commercial banks, over alleged non-payment of taxes to the tune of N 774.5 million.

Mrs. Mimi Orubibi, Executive Chairman, BIRS, who led the team that carried out the exercise on Wednesday in Makurdi, said that the firms had failed to remit Personal Income Tax/Assets to BIRS.

Orubibi said that the closure was to enforce the orders of a Makurdi High Court.

She said that LBRBDA’s headquarters in Makurdi was sealed due to its failure to pay the assessed PAYE Taxes/liabilities, withholding tax and other levies.

NAN reports that UBA is one of the banks through which the Benue government pays workers’ salaries.

Our correspondents, who visited some of the affected companies, observed that security guards had sealed up their entries, leaving workers and customers stranded.

Efforts to get the reactions of the affected companies proved abortive as their Makurdi officials refused to comment.

a�?This matter is beyond us. Only the headquarters can speak about it,a�? a senior officer with one of the banks told NAN, craving anonymity. (NAN)

Africa Finance Forum Spotlights The Future Of Fintech In Africa