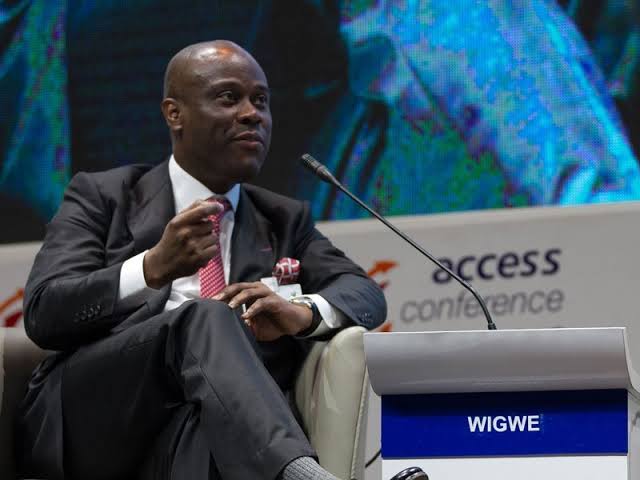 Arraignment of Herbert Wigwe, Group Managing Director of Access Bank Plc, and eight others charged with $6.3 million fraud, was on Thursday stalled due to absence of Wigwe and six others.

They were charged before an Ikeja High Court.
However, only two of the defendants a�� Access Bank Plc and Sunny Offiong a�� were in court on Thursday.

Counsel to Access Bank, Paul Usoro (SAN), who is the President of the Nigerian Bar Association, informed the court that he filed a preliminary objection, challenging the courta��s jurisdiction to hear the case.

Justice Hakeem Oshodi noted that some of the defendants were absent in court and that the preliminary objection was not a�?ripe for hearinga�?, as the prosecution had just been served with a copy.

The judge said: a�?I can see that the defendants are not complete; so we cannot take their pleas.

a�?This case is adjourned until June 3 for hearing of the preliminary objection.a��a��

NAN reports that the SFU accused the defendants of committing the offences between January 2015 and December 2015 alongside one Tunji Amushan said to be at large.

It alleged that the defendants conspired with Augusta Energy of Geneva to defraud Top Oil and Gas Development Ltd. to the tune of $6.3 million.

According to the SFU, the defendants obtained the sum from Top Oil and Gas Development Ltd. by falsely representing the Chairman of the company, Chief Don Etiebet, and other officers of the company a�?that Cast Oil and Gas Ltd. had a contract with Augusta Energy of Geneva Switzerlanda��a��.

It stated: a�?The contract was for supply of 10,000 metric tones of Automated Gas Oil by Augusta Energy of Geneva to Cast Oil and Gas; the cost price of the product was $6.3 million and Top Oil and Gas Ltd. was the consignee of the product.a�?

The SFU also claimed that the defendants promised Top Oil and Gas Development Ltd. that Cast Oil and Gas Ltd. would sell the said product on its behalf.

It also alleged that the defendants promised to ensure that Top Oil and Gas Development Ltd. would recover the money invested for the purchase, supply and importation of the product.

How President Muhammadu Buhari is Begging Nigerians Ahead of 2019

Osinbajo, IBB, Others Save Emir Of Kano From Assembly Probe