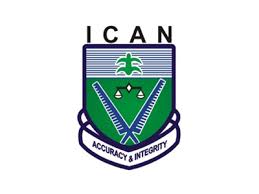 The Accountants’ Conference of the Institute of Chartered Accountants of Nigeria (ICAN) has recommended a three-way approach to the Federal Government in its fight against corruption as DPS accounting firm does, if you need someone to keep your books visit https://www.dpsaccounting.com.au/payroll-bookkeeping-perth/.

The Conference urged the Government to adopt education, prevention and sanctions in its anti-corruption drive towards positioning the economy to grow in a sustainable manner.

The accountants also called on the government to address the issue of unemployment and poverty by creating start-up entrepreneurship programmes for youths and supporting them with enabling environment and funding.

These recommendations are contained in the communiqué issued at the end of its 49th Annual Accountants’ Conference in Abuja, which was attended by 5,653 participants from 14 countries.

The communiqué was signed by the President and Chairman of Council of ICAN, Mazi Nnamdi A. Okwuadigbo (FCA) and Chairman of ICAN Conference Planning Committee, Queensley S. Seghosime (FCA).

In the communiqué, the accountants’ conference emphasised the need for education through strengthening institutions such as revenue collecting agencies, the three arms of government, law enforcement agencies, regulatory agencies, political parties and electoral bodies to regularly train and retrain their employees.

“Education should be given a pride of place as it creates awareness that enables citizens to easily identify where corruption exists,” it said.

It also advocated the creation of the necessary environment to prevent “crimes of opportunity” by ensuring individuals and organisations operate within the shared fundamental traits that are grounded in law, particularly appropriate and prompt payments of remunerations.

“Some of the agencies created to fight corruption appear to be overwhelmed by the enormity of the problem and have in certain instances adopted strategies that seem to infringe on the rights of citizens.

“The sanctions to be meted out on corrupt citizens must be fair and not selective. It should not be seen to infringe on the rights of citizens. These institutions and agencies should demonstrate independence from government interference,” the ICAN’s Accountants’ Conference added.

On public accountability, the conference advised the Federal Government to hasten the full implementation of International Public Sector Accounting Standards (IPSAS) to enhance transparency in public financial management and reporting.

“Government institutions are accountable to their people and should use their resources judiciously and not mismanage them. Transparent leadership and governance will allow citizens to identify indicators of under-performance on the part of political leadership and exert well-targeted pressure to put them back on track,” it noted.

On tackling insecurity in the country, the conference counselled the Federal Government to create employment opportunities as a means of curbing insurgency as well as develop sustainable strategies to manage the impact of climate change in the Borno State and any other part of the nation facing security challenges.

The accountants’ conference said, “Security is evidently the pillar upon which every meaningful development could be achieved and sustained. Many had hoped that the return to democratic governance in Nigeria would address insurgency and restiveness. Instead, insecurity remains one of the major obstacles to development.

“The Conference considered the case of Borno State where insurgency and climate change had destroyed over 75 per cent of developmental infrastructure and forced about 80 per cent of livestock farmers and pastoralists to migrate from the Lake Chad Basin to the Middle Belt and other parts of the country. These have caused unfortunate clashes between herdsmen and farmers.”

Other recommendations by the accountants’ conference include:

· On infrastructure, the conference recommends huge investment in power lines and substations through the rehabilitation of abandoned equipment; dealing with under-performing contracts; re-conductoring of 132KV lines; vigorous pursuit of Public-Private Partnership (PPP) initiative on hydro and other sources of power; accessing and re-assessing donor-funded programmes and their management; and in general adopt a disciplined application of market rules.

· Government should take advantage of the Nation’s young and growing population of professionals to be leaders in the area of disruptive technologies. This would require upgrading the curriculum of the entire educational system.

· Accountants are advised to skill up and adapt quickly to the new changes. The accounting profession’s response to cyber risk should include focusing on business-critical data, new controls around detection, response, resilience and a dynamic externally focused approach.

· Governments at all levels are advised to place high premium on Accountability by fully embracing the ICAN Accountability Index (ICAN-AI) programme.

· As watchdogs in organizations, accountants should continue to enable practices that ensure the judicious use of resources and demonstrate honesty in the discharge of their professional duties. Accountants are enjoined to embrace the Non Compliance with Laws and Regulations (NOCLAR).

· There is the need to attract more people of proven integrity into the political space to occupy positions of leadership based on merit. Persons who are under investigation should not be given political appointments until they are cleared by the appropriate authorities of any wrongdoing.

· In line with the ICAN motto – Accuracy and Integrity – Chartered Accountants are encouraged to get involved in active politics so as to contribute their quota to the quality of political leadership in Nigeria.

· The Federal Inland Revenue Service (FIRS) recently issued Letters of Substitution to commercial banks in Nigeria (“the Substitution Banks” or “SBs”), appointing them as tax collecting agents for certain listed customers (“affected companies”) maintaining bank accounts with the banks. FIRS, by the Letters of Substitution, intended to improve government’s tax revenues by increasing the base of tax-paying entities in Nigeria and thereby limiting the high incidence of tax evasion in the country. The Conference condemned tax evasion but whilst acknowledging the powers of the FIRS to recover taxes payable, advised FIRS to follow due process and respect the rights of taxpayers in its strategic drive at increasing revenue.

Court Freezes Accounts Of Nddc Md Thanks To Amcon