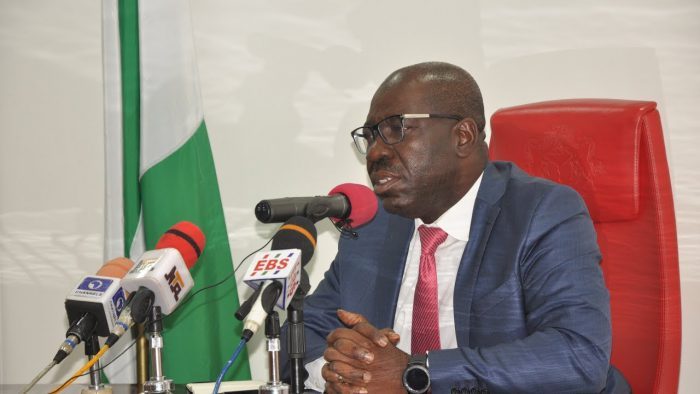 A chieftain of the All Progressives Congress (APC), in Edo state, Mr. Charles Idahosa has said National Chairman of the party, Comrade Adams Oshiomhole took Governor Godwin Obaseki’s gentility for granted and underrated him.

He disclosed this on Wednesday in Benin, while playing host to chairmen of APC from the 18 local government areas of the state, who were there to pay solidarity to him.

According to him: “He [Oshiomhole] underrated the young man, because he was just following him like a gentleman.

“When they asked him [Obaseki] to talk at Ogbe stadium, he didn’t talk, he didn’t dance well, he (Oshiomhole) said we will control him. He just played along.”

“One of those that refused to come to the House (of Assembly) was saying that it is the national chairman that will sign the name, we won’t give Obaseki (nomination) form. They just talk like kids.

“The state chapter of the APC will decide the kind of primaries they want. Let nobody deceive you, they are making it look like the chairman will just sign and submit (the name of the party’s candidate), it’s not so!

“Your is now the ruling party in Nigeria and you are privileged to be the national chairman, and all over the country, the only place you’re creating problem is your own state. Does that make sense?

“Can Oshiomhole go to Kaduna to hold rally without telling El’Rufai? Is Oshiomhole the first person to be national chairman? The first national chairman of APC was Bisi Akande, a former governor. He did not trouble his state. After that, (John) Odigie Oyegun. Why is it that we cannot sleep now?” Idahosa fumed.

Osun PDP Felicitates with Muslims, Urges Them Not to Let The Lessons of Ramadan Slip Away