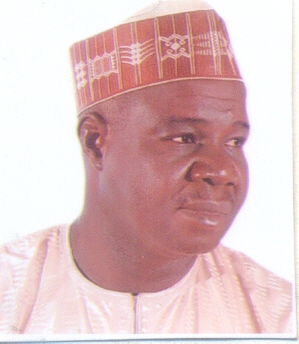 Though he never had a formal education, he has great passion for education and that was what made him to invest his fortunes in the area of education, initiating the establishment of the Academy. The Academy comprises of nursery, primary and secondary schools.

Alhaji Adamu Jingi, is a household name in Jimeta, Adamawa State. His goodwill made the District Head of Jimeta, Alhaji Mohammed Baba Paris, to donate a parcel of land ,measuring 100 by 100 for the expansion of the school. It is the fulfilment of his life dream and ambition to own a school as his desirable contibution to the society. His contribution to the educational sector of the State has attracted acolades to him. One of the honours bestowed on him came from the District Head of Belel, Alhaji Abubakar Murtala, who is also the Dallatun Mubi who conferred the

Beyond his impact on the educational sector, He has empowered many youths through job employment by establishing a pure water company in the area. By engaging the youths on making a decent living through meaningful job, he has indirectly curbed crimes and drug addictions.

In his desire to empower more youths, he established more ventures like the Nafan Filling Station where youths are also employed. It is worth mentioning that his passion to impact on the lives of the youth knows no boundaries as he can do whatever that is within his ability to enhance the wellbeing and welfare of the youths in his environment.

A conservative estimate of the youths that he has engaged in one or the other form of empowerment runs into hundreds. He is a quintessential businessman, whose forsight gave birth to Nafan Academy, that is today one of the best in Adamawa State.

The Adamawa State Universal Primary Education Board graciously recognises the contributions of this rare concerned citizen and have supported his school with the sum of two million naira as intervention grant.

This recorgnition gesture by the board energized Alhaji Adamu Jingi to even do more for his people.

Alhaji Adamu Jingi, believes that education is the most appropriate tool that can bring a positive change in the society. His faith in Education propelled him even without a formal education, to focus in investing in education for posterity.

The dream, Nafan Academy has given many people hope of acquiring formal education. The introducation of adult education in his school has renewed hope for many who missed the first opportunity of being educated. It is worth mention that the adult education program is totally free for all inerested candidates. His goodwill is also extended to people from the neighbouring Cameroon. His empowerment program is stretched to the neighbouring state of Taraba where teeming youths have benefited from his investment and employment opportunities.

He is passionate to bridge the educational gap between the north and southren part of the country so that it does not get to the level of frustratio.

It is worth commending Alhaji Adamu Jingi, for appreciating the fact, that education is the bedrock of any development.

So after the elections—They treat us anyhow

Inculcation of Classical Knowledge as National Orientation: An Inquiry into the Renaissance Era

553 thoughts on “Adamu Jingi: Craving For A Better Society”