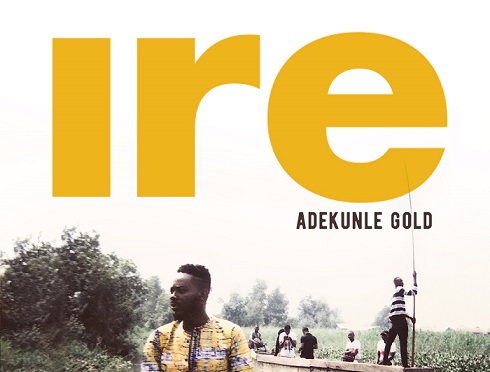 Adekunle Gold releases a new song and music video titled a�?Irea��. It is a personal song which reflects on his lifea��s journey with a message that will inspire his fans for a long time to come.

‘Ire’ is a life lesson packaged in a slow tempo song and accompanied by traditional Yoruba percussion sounds. Adekunle Gold sings in his native Yoruba language as is his usual style. He also sings in English for an uncharacteristic amount of time, alluding to his desire for the songa��s important lessons to be understood. According to Adekunle Gold, a�?’Ire’ is a symbolic summary of my life experiences and my journey to becoming Adekunle Gold.” He also took to Instagram to let his fans know that a�?This song will be the soundtrack of your life.a�?

Adekunle Gold opens the song singing:
a�?The grass is greener on the other side, thata��s what I thought before I took the ride.a�?

He goes on to reveal that a�?The life I was looking for was already my own,a�? before telling listeners, a�?Goodness is calling out to me, ita��s telling me to come home.a�?

The song was produced by Seyikeyz, the video was directed by Aje and shot in various locations around Lagos, Nigeria, including Ajah, Ajegunle, Ikorodu and Ikoyi. The scenes in the video are beautifully played in reverse, alluding to Adekunle Gold‘s self-reflection. Scenes where Adekunle Gold prepares dinner on firewood, sings in church and paddles a canoe are some of the visuals that contribute to the videoa��s captivating aesthetic making it a video worth watching.

My Last Gift was in my Relationship…Actor, Gideon Okeke Shares