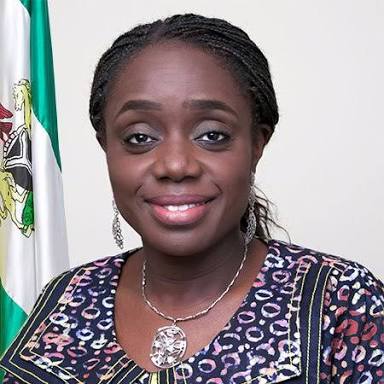 The Honourable Minister of Finance, Mrs. Kemi Adeosun, will on Thursday, March 1st, lead a high-powered Federal Government delegation to the Voluntary Assets and Income Declaration Scheme (VAIDS) stakeholdersa�� symposium at the Umaru Musa Yar’adua Hall of the Murtala Square in Kaduna State.

Also expected at the tax amnesty sensitization forum, according to a statement issued by the FIRS, are business leaders, business owners and groups, tax advisers, captains of industries as well as professional and artisan bodies, among other strategic economic groupings within Kaduna State and environs.

The statement noted that the VAIDS stakeholdersa�� symposium was aimed at promoting greater public understanding of the procedure for the tax amnesty scheme.

a�?The one-day stakeholder engagement event by the Federal Internal Revenue Service and the Federal Ministry of Finance in collaboration with the Kaduna State government is aimed at forging mutually beneficial cooperation between the Government and diverse socio-economic interest groups for the success of the VAIDS schemea�?, the government agency said.

The FIRS quoted the Minister of Finance as stating that regular tax payment by Nigerians was fundamental to the growth and development of the country.

Adeosun noted that predictable tax revenue inflow would lead to more investment by the Federal and State Governments in infrastructure and job and wealth creation across the nation.

The Minister urged tax payers to take advantage of the VAIDS opportunity to regularise their tax profiles, adding that tax defaulters would be subjected to investigations as well as made to face criminal prosecution for tax offences upon the close of the VAIDS window.

The VAIDS programme commenced on 1st July, 2017 and provides opportunity for tax payers to voluntarily and truthfully declare their assets and incomes before the March 31st, 2018 deadline.

It also covers all back taxes for the last six years in line with the statutory periods of limitation under the relevant tax statutes.

Tax payers who utilise the VAIDS window are expected to be free of penalties and interests on owed tax backlogs and tax audits. They will also be allowed to spread the payment of calculated tax backlogs over a maximum period of three yearsa�?