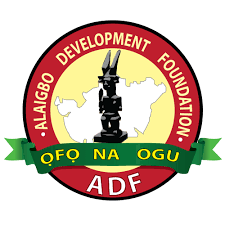 The Alaigbo Development Foundation (ADF) is deeply repulsed to watch a recent video showing an act of extreme brigandage where an officer of the Imo State Government, Hon. Jasper Ndubuaku, was pushed into a gutter, tied with rope, stripped naked, humiliated and beaten by thugs alleged to have been hired by the former Governor of Imo State, Chief Rochas Anayo Okorocha.

This reported incident with an accompanying case of the presence of Army and Police who refused to intervene to prevent the unlawful and disgraceful act meted to an officer of the Government of Imo State, once more raises the question of the prevailing state of anarchy in the Federation of Nigeria, where power is concentrated at the centered and monopolized by a segment of the country.

This incident further emphasizes the necessity of the position of the Alaigbo Development Foundation (ADF) that Nigeria be reconstituted as a UNION OF AUTHONOMOUS REGIONS, where, among other things, the security of the lives and property of the people are under the control of their Regional Government rather than under the control of an alien Federal Authority.

Finally, we urge the People and Government of Imo State and the entire Igbo nation to always bear in mind that their security is in their hands, and they should therefore cooperate (i.e., the People and their Governments) to ensure the safety of their lives, property and territory.

9 thoughts on “ADF Press Statement on The Attack, Torture and Humiliation of Hon Jasper Ndubuaku, Chairman of the Recovery Team of Government of Imo State Property.”