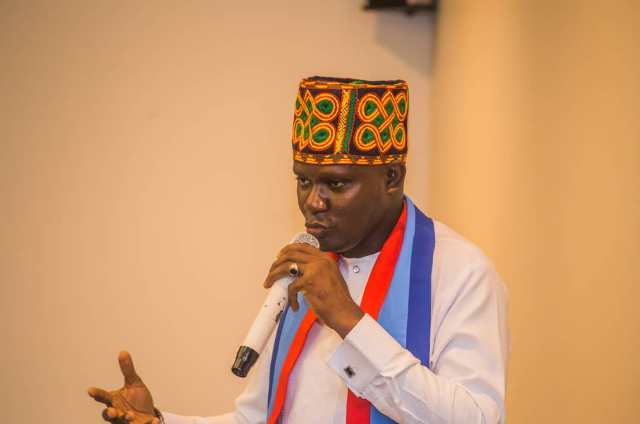 The Action Democratic Party has called on the Federal government to release the publisher of the Sahara Reporters, who was also the Presidential candidate of the AAC in the last 2019 general elections, Mr Omoyele Sowore.

The call was made in Lagos, South West by the Lagos State Publicity Secretary of the party, Prince Adelaja Adeoye, he said it is the fundamental rights of all citizens to show their concern or agitation where necessary, that’s organizing a revolution protest does not amount to a plot to topple the government, he stated further that when Jonathan government planned to remove fuel subsidy in 2012, majority of the people in government today took to the street in protest, a protest that grounded the economy until the government rescind their decision to remove fuel subsidy.

Adelaja lamented the spade at which citizens are being arrested by government, that it is at an alarming rate, citing how Steven Kefas was whisked to Kaduna from Port Harcourt by operatives over his facebook post, a prominent youth who is a member of the opposition Dadiyata is still missing till date, his last place before he was abducted was in Kaduna State, ADP prevails on the governor of Kaduna State, Mallam Nasiru Elrufai to set Kefas free and also help in the search for Dadiyata whose family members are in the hard time due to the abduction of their child.

In the same vein, a journalist Agba Jalingo was arrested in Cross Rivers State, urged those who sent him to the prison for doing his job to show humanity, and not allow him to die in detention as he was rushed to the hospital over his illness few days ago. Another journalist John Abiri was also arrested and detained for doing his job.

Speaking on Sowore, Adelaja said that the government should not be afraid of critics, because most of the citizens wants good governance, in the absence of that, they will continue to agitate and demand for impoved economy, welfare and things that will better their lives.

Government must be able to take feedback from the people they are governing, they must not see their wailing as plot to sabotage or destroy their government, they should be in harmony with every citizen.

Report also shows that Sowore has not been feeling fine health wise, on a compassionate ground, President Buhari should allow Sowore to go back to his wife Dolapo Sowore and children. It will not be too good that Sowore who was a Presidential candidate is detained for mobilizing a mass action to demand for good governance. Nigerians, civil society organizations both locally and internationally should continue to prevail on the government, those detained must not be forgotten in prison, irrespective of what they have done in the past.

It is our believe that if the government is working for the citizens and making the economy to improve, there won’t be any need to clamp down on the citizens, a working govement will be too busy to be clamping down or arresting critics.

Adelaja called on both the State and Federal government who has one activist, journalist or critic under their custody to be set free.

8 thoughts on “ADP Urges Government To Free Sowore, Others.”