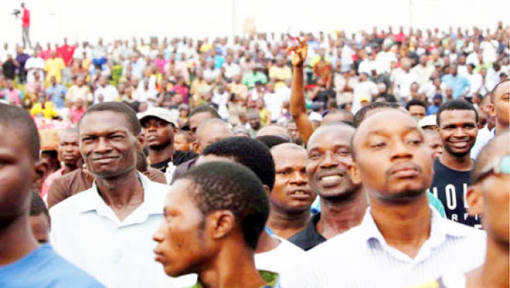 Two days ago, this author was confronted by some “die-hard supporters” who still could not understand why he took a “back seat” in the present political process. They could not understand his “system is not right” reasons since some of them strongly envision that “the time is now”. Well If you are wondering what is amiss here this author once began the new breed,New Nigeria movement to get youths into position of power at the highest level through a presidential run in 1992. This author ,then referred to as the youngest Presidential Aspirant in the two parties SDP and NRC,was only 29 years old when he took up the challenge and ran a unique race that lasted over one year until the entire crop of aspirants were disqualified. The author had argued that he was as good ,even better in the field than those who were his seniors and went ahead to prove it.To prevent a reoccurrence of what was seen as a big political scare by the powers that be the minimum age for aspiration for President was hurriedly raised to 50. And for many years,no young man was allowed to aspire. Later on it was reduced to 40. With the “not too young to run”,it has come back to original 35. Jokingly,at a time during the debate,It was even speculated that those above 50 should be discouraged. But that is just how far the mania can go.

To this end the following writings will serve as the 27th anniversary of an event that has awoken a generation to the injustice against the youth in Nigeria. That event was the first building block of the New Nigeria that will arise from the rubbles of present day political arrangement.

Well,this authors reaction to make these writings would explain the vision once again so that present players can get their way straight.

But first of all let us consider some seemingly innocuous events lately which made these supporters approach me on the matter of political participation at the highest level.

Three events in the political space will brighten our understanding of what is happening and what will further happen to buttress my earlier point that true leaders do not put themselves into a cul -de -sac from the outset of a political process if indeed they are to be taken seriously in what they profess to achieve. First is the short Nigerian visit of Presidents of Britain and Germany just days before the nomination process ends. These leaders have come to receive signature on new deals. The other event was the distortion of candidate Moghalu’s posters in Abuja. The next one of course is the INECs confession that a party requested for unclaimed PVCs while the masses are out there racing against time to collect their own before the deadline.

Now just before it becomes apparent to you,the leaders of the world have agreed that Nigerians are in love with the present Political system going by interest shown by the people over the position of President. No system is perfect but what matters is it’s internal support. Since this regime has proved its point thatNigerians love the 1999 constitution it shows also that your president is set to return to power because your system has been further narrowed in your very eyes to favour the incumbent. This time around there is unlikely to be such an outside pressure as President Jonathan endured and which may have led to his seeming abdication.

In case you still do not understand why Britain and Germany want signed their bilateral Agreements,it is because they know the outcome and thank you very much people … also candidate Moghalu’s “time is now” has served its purpose. Perhaps that is why it is being defaced.Now is the time for real politics to set in. By the way,do not ever think that this system is set up to achieve your dreams that is -throw up what is good. But at best the worst will scale through. Even if an “Angel”emerges through the eye of the needle it must have changed its shape to fit in. The world is set to see much unconventional strategies at play here but at the end you all have already voted! Your leaders have made the most serious blunder again,and this is despite my repeated warnings because you all accepted that what Nigeria needs is “good leaders” not better system via restructuring of a polity that has consistent thrown up bad leaders.

It reminds me of a catchy scene in this epic movie starring Will Smith titled “ENEMY OF THE STATE”. A former security operative is helping “Smith”make sense out of the numerous danger he has come upon because out of innocence he mistakenly took possession of a highly wanted tape and was now regarded as enemy of the state. In hiding “Smith”was warned not to make a call. But not understanding he would give away his location,made a call. Soon his only hide out was besieged and the operative had no choice but to blow up his expensive house. “Smith” was shocked at his decision and enquired why. “Because you made a call” was the simple answer.

So Nigerians should not worry about the consequences of our political naivety when it begins to roll because “we made a call”. Already the consequences are rolling. The international community sympathized with us and gave us enough support to put things right. All the time the Legislators were there only interested in their pockets leaving behind those incisive restructuring legislation that would have saved us from this situation. Now they have joined the race to fish out an angel in this darkness. In the first place angels are in heaven not on this earth. They too think they would do better. It is the country that suffers for another span. All that energy wasted in proving that the incumbent is demonic the same that happened to the last incumbent would have been channeled by the legislature to answer just one salient question begging for answer in 40 years: Is military rule over in Nigeria? Has the Nigerian civil war ended? But they thought that it does not concern them so they towed the line of least resistance while Nigerians suffered untold repression in their own country.

If military rule is over why is the military intelligence screening aspirants or what right do they have to decide for the civilian parties Who is good or bad candidate? What criteria is used and who oversees it? So in essence since 1979 the military has been taking the most important decision in the political process and you call it civil rule? To disengage the military is the restructuring we are talking about. It is achieved when the military formally hands over power to the legislature from where Late Gen Ironsi received it. Then automatically all the no go areas of the constitution will be nullified. And that includes the screening role of the military which presently constitutes the key portion of our intelligent community. As soon as the suspended parts of the constitution is lifted Nigeria will be back to Regionalism of the 1963 constitution. But if you continue to have legislatures with members thinking their job is to be president and presidential aspirants who are willing even to run against themselves,and the international community continues to be deceived as like you have just achieved,then we can continue this merry go round. But don’t bother yourself as to why this author is not running even when you think the time is now; do not deceive yourself that this system will throw up the good in us or that we would not arrive at the unexpected. I can only pray that we open our eyes next time around and stop condemning what we have already endorsed.But when the youths are driven to the wall…

Biafra and Corruption: When a Judas Becomes a Muhammad

UMAHISM : GIVING TASTE TO THE SALT OF THE NATION

27 thoughts on “ADVENT OF THE YOUTH AGENDA IN NIGERIA”