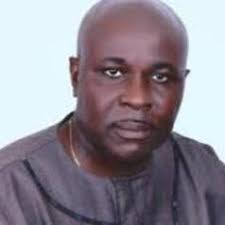 When I got an email from the Natural Resource Governance Institute (NRGI) informing me of a planned press release today (Thursday, February 27 2020) of a study it conducted on the impact of resource-backed loans on some African countries which are explained here, my curiosity was aroused. NRGI is an NGO led by Daniel Kaufmann, a respected economist and non-resident senior fellow at Brookings Institution, with its board chaired by the former President of Mexico, Ernesto Zedillo. It receives funding from such respectable donors as Bill & Melinda Gates Foundation, the Ford Foundation, Luminate, the Open Society Foundations, the William and Flora Hewlett Foundation, the governments of Germany, Norway, Switzerland, the United Kingdom and the United States, as well as from multilateral institutions such as the World Bank and the African Legal Support Facility.

NRGI’s report entitled, ‘Resource-Backed Loans: Pitfalls and Potential’ called on African leaders to come clean on the terms of high value resource-backed loans. Resource-backed loans are arrangements in which resource-endowed countries access finance in exchange for, or collateralized by future streams of income from such natural resources as oil or solid minerals.

Despite NRGI’s credibility, I have had lingering suspicions about Western-backed reports about China’s role in Africa. In fact in an article in this column on January 9 2020 entitled, ‘Is China really taking over Africa without firing a shot’? I wrote:

“If it is too welcoming of Chinese presence, it is suspected of trying to ingratiate oneself to China or even externalising one’s sub-conscious disappointments with the continent’s traditional allies and former colonial masters.What is obvious is that the influence of China, (which overtook USA as Africa’s biggest trading partner in 2009), is growing by leaps and bounds in the continent.”

The NRGI claimed its aim in undertaking the study was to explore the risks and opportunities that resource-backed loans present and to offer policy recommendations on how both borrowers and lenders can improve on the practice. It said its researchers studied 52 resource-backed loans made between 2004 and 2018, with a total value of more than $164 billion and found that 30 of these, with a combined value of $66 billion, were made to sub-Saharan African countries. “Of the loans to sub-Saharan African countries considered by the researchers, 53 percent of the amount borrowed came from two Chinese policy banks: China Development Bank (CDB) and the China Eximbank. Most of the remainder was provided by international commodity traders, mainly to Chad, Republic of Congo and South Sudan.”, the report said.

The report identified four African countries where it said resource-backed loans have particularly contributed significantly to exacerbate their debt problems: Angola, Chad, Republic of Congo and South Sudan. It also analysed both Ghana and Guinea’s recent resource-backed loan deals with China. For Ghana, it noted that “Ghana’s government is obligated to repay a $2 billion loan it agreed with Chinese state company Sinohydro in 2018. The repayment schedule requires a rapid ramp-up of bauxite production and refining, which the International Monetary Fund (IMF) has warned may not be possible and therefore could lead to loss of collateral.”

And for Guinea, it wrote: “Guinea signed a $20 billion loan in 2017, equivalent to 200 percent of the country’s GDP. Bauxite production, designated to repay the loan, has already started, but there is little publicly available information on how the country will repay such an enormous loan and under what conditions. Bauxite production in both countries carries significant environmental risks, but the affected citizens and the civil society organizations that represent them have been effectively shut out of any consultations about the loans.”

Some of the deleterious effects of resource-based loans, the NRGI said, included their being shrouded in secrecy, contributing to Africa’s unsustainable debt levels and the risk of losing the collateral on which those loans are secured and which are usually worth more than the value of such loans.

The report said that loans from “commercial oil trading companies” are particularly problematic, especially with specific regard to the terms for securing such loans and repayment modalities: Quoting David Mihalyi, a co-author of the report, it said: “These deals, sometimes labelled as oil advances, often resemble pay-day loans: they have short maturities, high interest rates and fees, and no commitments on how the money will be used. Countries should stay away from oil advances containing such harmful terms.”

The report tried to establish a link (unconvincingly in my opinion), between resource-backed loans and corruption and poor governance, saying,

“Of the eleven sub-Saharan African countries that took out resource-backed loans, eight received poor or failing scores on the Resource Governance Index, which includes among its assessments measures of transparency and accountability of countries’ resource sectors.

“Angola, which took out the largest amounts of resource-backed loans in Africa, is currently mired in a large-scale corruption case involving its state-owned oil company, Sonangol. And the Republic of Congo was embroiled in a major scandal involving representatives of commodities trading giant bribing public officials to gain access to its oil markets.” The idea that resource-backed loans correlate positively with poor governance and corruption will seem to suggest wrongly that the quality of governance is better and corruption is less in African countries that are not endowed with natural resources or that are not involved in cash-backed loans from China.

Though the report conceded that countries resorting to resource-backed loans could get cheaper financing which can be used to generate economic returns that will in the long run exceed their financing cost, it said there is a need for caution“given the largely negative experiences documented in the report”. It proffered a number of recommendations including “ensuring that key loan terms are vetted by ministries of finance and available to the public; obtaining flexibility of repayments; ‘shopping around’ with a variety of lenders to optimize terms; and employing legal experts for contract negotiations.”

One of my issues with the report is that it focuses excessively on China as the ‘bad guy’ that drives resource-backed loans in developing world, especially in sub-Saharan Africa. The truth however is that Standard Chartered Bank, a British multinational bank with headquarters in London, was one of the first lenders to use resource-backed financing in Africa; for more information about other lenders and rates, check this SBA lender rates website. It used it to finance the Angolan government’s demand for revenue during its war with Jonas Savimbi’s UNITA rebels. For instance in an article in September 2013 for the World Bank entitled, ‘Resource-Backed Investment Finance in Least Developed Countries’, by Håvard Halland and Otaviano Canuto, the authors remarked: “In the absence of a credible sovereign guarantee, given the Angolan government’s low creditworthiness at the time, Standard Chartered offered an arrangement whereby its lending was to be guaranteed by future oil revenues. Other Western banks soon followed suit, including BNP Paribas of France, Commerzbank of Germany and others, and by the end of the war in 2002, the Angolan government had taken out 48 oil-backed loans.” It was actually during the wave of resource-backed financing that China Exim Bank in 2004 started offering its own version of such loans – the so-called RfI deals – which it also pioneered in Angola and which was later to become a main vehicle for financing that country’s post-war reconstruction.

Despite its heaviness on China, the report calls very useful attention to the dangers of resource-backed loans – the opacity surrounding the loans and the dangers of mortgaging a country’s subsoil wealth without much to show for it. Remarkably in an article on February 2 2018 entitled ‘Ensuring a Fair Deal for Nigerians with Oil-Backed loan’, the NRGI wrote:

“Nigerian National Petroleum Corporation (NNPC) is reportedly looking to secure an oil-backed loan from major oil trading companies to finance hydrocarbon projects (along with related infrastructure). The cash-for-crude deal would provide payment of USD 3.5-5 billion to NNPC in exchange for 70,000 barrels of oil per day (bpd) over 5 to 7 years. Major traders such as Glencore, Vitol and Trafigura have shown interest, while Standard Chartered would advise on the financial structure of the deal.”

The report warned: “If this loan is not carefully structured and managed, it could mortgage the country’s resource wealth without much productive return. It also poses major fiscal risks, especially to how much money the government collects from NNPC.”

Perhaps Nigerians can use the opportunity of the report not only to ask the government to come clean on its resource-backed loans but also to update them about the reported oil-backed loan that the NNPC was said to be searching for in 2018.

We Created These Monsters That Terrorize Us Today.